UNSUNG HEROES: A Special Tribute To The Families Of Fallen Warriors

Editor’s note: The author of this piece, a veteran of Marine Special Operations Command, has raised a team to run … Continued 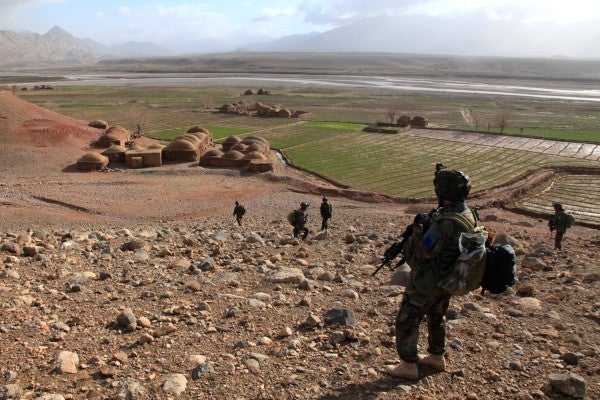 Editor’s note: The author of this piece, a veteran of Marine Special Operations Command, has raised a team to run the Marine Corps Marathon in November to raise money for Wounded Warriors Family Support. Learn about his efforts and lend your support here »

The concept is fairly simple. You raise your right hand, take your oath swearing to support and defend the Constitution against all enemies foreign and domestic, and (omitting a few grueling months of basic training) you’re in. You’re in the biggest gun club in the world, the United States military.

Every one of us who took that oath and made that pledge knew what it meant. We knew that this was by no means the safest and surest path; yet notwithstanding, we made the decision anyway. We accepted that there are things worth more than one man’s life, that the principles we believe in are worth fighting and if necessary dying for. It was no small pledge; in fact for many of us, it has come to define the very person we are today.

The sad truth is that although we knew/know the ramifications of our decisions, there are those who never got a vote. The wives we’ve met and married along the way arguably may have known what they were getting involved in, but you can’t say the same for the children we’ve fathered. Suddenly your sacrifice is their sacrifice, and the price of these principles becomes much more dear. Things are no longer simple.

Two weeks ago, I buried yet another friend killed in the war on terror. Rereading his obituary, there is an odd little sentence at the end, “He is survived by his wife and their unborn daughter.” It doesn’t take much imagination to see how this little girl’s life is forever changed, and she hasn’t even entered this world.

Before Charles was killed, there was Greg, and Darrel, each whom left five children and a wife. And long before any of these guys, there were countless others. Whether they were your friends or mine, we believe it falls to the veterans to ensure their sacrifice was not in vain or forgotten. Not just their sacrifice, the sacrifice their families have been forced to endure.

Without much trouble, you might see the butterfly effect, how these isolated incidents: a shooting here, an explosion there, all of a sudden have impacts across the planet far from the battlefield. As the ripples keep growing, you see how a small group of this next generation of children will grow up without fathers or mothers. You see how these children will forever be different because of this and forever changed by events that they had no part in.

It is our responsibility as veterans to ensure these burdens are not carried alone. No monetary amount can ever make up for the loss of a parent. But it can ease the burden on the surviving mother or father. It can make these children’s lives a little bit brighter.

Wounded Warrior Family Support offers assistance and various means of support to these families. Our mission at Team Columbia is to raise money for this charity by running the Marine Corps Marathon. Our goal is to inspire family, friends, and veterans to act, and remind them of the casualties we still have here at home.