How Should Veterans Service Organizations Support The Post-9/11 Community? 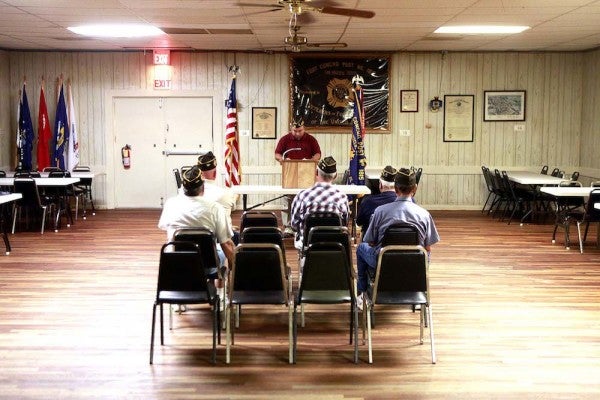 Veteran service organizations and military-related, non-profit organizations raise hundreds of millions of dollars every year, totaling billions since the Sept. 11 attacks. These groups — over 45,000 in the United States — provide many services, some valuable and some questionable. However, to remain relevant and sustainable in the long term, these support groups will have to reorganize themselves around community service at the local level.

The millennial generation of veterans from Iraq and Afghanistan do not want the same things as their older peers, and this schism is starting to affect the community funded by the public to support them. Organizations with a veteran or military focus appear to be splitting into two main categories: the large-scale organizations from previous eras that emphasize receiving benefits and telling war stories; and the more service-oriented community groups that emerged in the last decade, which focus on civic and physical challenges to foster camaraderie.

The traditional organizations are trying to adjust to a new reality. For the last few generations, these groups operated in an America that had a higher proportion of veterans to civilians and a greater connection to their communities. Organizations such as AmVets, American Legion, and Veterans of Foreign Wars — while advocating for veteran legislation in D.C. — primarily functioned like social clubs at the local level. Traditional programming centered around meetings, annual ceremonies, scholarships, and emergency financial support.

Service members who are now getting out of the military enter a much different world. Iraq and Afghanistan vets make up less than 1% of the total U.S. population. We are distanced, at least initially, from the civilians around us. Rather than looking primarily for social interaction, we are drawn to a captivating mission. We want to continue engaging with a service-oriented community that feeds our desire to be a part of a greater cause.

Fundraising and spending data exemplifies the divide between the different organizations serving these the veteran populations. The more traditional veteran support organizations bring in a lot of money from contributions, grants, fundraising campaigns and events, as well as government grants. Annual revenue varies widely, but groups such as the United Service Organizations Inc. ($141 million in revenue reported in 2013), Veterans of Foreign Wars ($97 million in revenue reported in 2012) and American Legion ($77 million in revenue reported in 2014) receive the lion’s share of the donations. No surprise, since it takes money to provide the capital-intensive activities such as maintaining thousands of locations around the country, providing scholarships and loans for dependents, and grants for those in financial need.

In some ways these groups are complementary. VFW and USO do not necessarily compete with many of the smaller organizations, but they do absorb the majority of donations because of their brand recognition and national marketing capacity. But the younger, leaner organizations actually don’t need as many resources. Many of their veteran-focused activities are cheap — how much does it cost to get together and go for a run?

These newer groups leverage new technologies as well, which mitigates a lot of logistics and overhead expenses. Owning a national network of buildings or offices is probably not cost effective compared with the ease of connection across social media channels. Regardless of the mission, in the long term, every group will need some infrastructure at a headquarters, but not anywhere near as much as two or three decades ago.

With a shrinking veteran ratio across the country, there is a huge need for support groups to work together effectively. The bigger traditional organizations need to focus more on the mission-oriented work of the post-9/11 communities. They have the infrastructure and history to make an impact on a national scale, but need to implement a cultural rebranding if they hope to attract millennial veterans into their ranks and maintain their relevance and memberships. The newer, more decentralized veteran service organizations have the branding and versatility to attract new members, but need to work harder to reach more rural areas where veterans are falling through the cracks.

Advocacy and generic social events will always have their place, but vets will increasingly need a more active local calendar that meets the needs of a smaller, younger, more professional community. We want continued access to compelling missions. If the veteran service organizations of our past and those of our present combined their strongest qualities, they could create a network giving veterans the support, but also the purpose, that many of us seek after getting out of the military.