On the heels of President Donald Trump’s executive order barring immigrants from seven majority-Muslim countries, Starbucks announced that it would … Continued 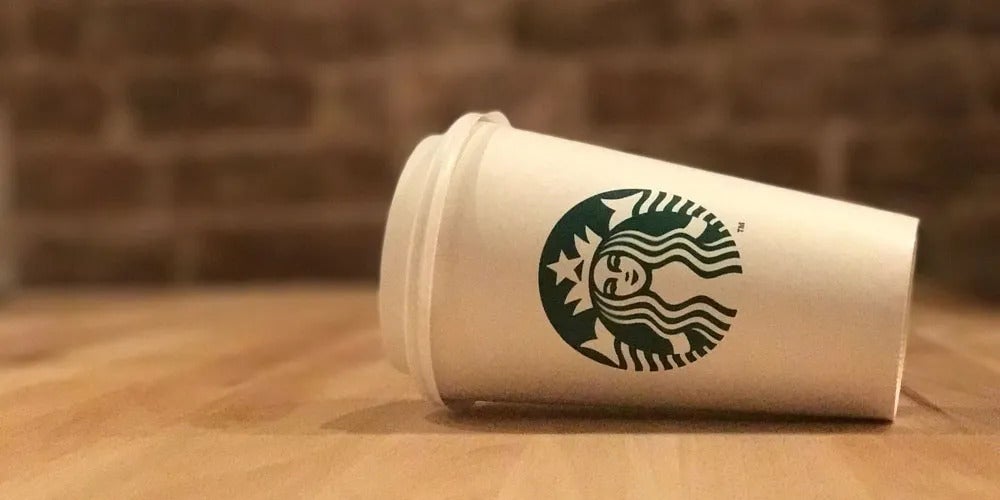 On the heels of President Donald Trump’s executive order barring immigrants from seven majority-Muslim countries, Starbucks announced that it would hire 10,000 refugees across 75 countries over the next five years. While praised by some, the decision also sparked outrage from others, who saw it as a slap in the face to the millions of Americans currently in need of jobs. A social media campaign to #BoycottStarbucks quickly got underway. The proposed alternative: hire 10,000 U.S. military veterans instead.

Well, good news for veterans who want to work at Starbucks. It turns out that the multibillion-dollar global corporation, which currently employs approximately 238,000 people worldwide, has enough jobs for refugees and veterans.

Long before #BoycottStarbucks, the company actually launched an initiative to hire 10,000 veterans and military spouses by 2018. In fact, Starbucks is so dedicated to the cause that it started its own veterans group, called the Armed Forces Network, which has 14 chapters across the country. The network even has it’s very own coin, just like the ones military commanders give you when you’ve done something that deserves recognition but not the sort of recognition that goes on your DD-214 form.

According to a letter from the Starbucks Armed Force Network, which was written in response to the #BoycottStarbucks campaign, here’s how the veteran hiring initiative began:

“As our armed forces drew down in 2013, veterans at Starbucks asked the company to consider hiring more service members as they transitioned from active duty and south their first civilian job. We also asked the company to extend this effort to military spouses because we knew firsthand that their support made our service possible. In November 2013, Howard [the Starbucks’ CEO] and former Secretary of Defense Bob Gates announced Starbucks commitment to hire 10,000 veterans military spouses over the next five years.”

There are still 2,000 job openings that need to be filled — “without question we will reach the 10,000 goal early,” the letter says. So if you’re a veteran with dreams of wearing the green apron — or you’re just desperately in need of a job —  stop reading this. Comb your fucking hair. Head to your nearest Starbucks and grab a Skinny Caramel Mocha Frappuccino and an application. Then kick back, relax, don a pair of shades, and watch your big bright future as a Starbucks employee unfold.

As Starbucks is well on its way to hiring 10,000 veterans by next year, another coffee company, albeit one much less known, has made a similar pledge. It’s Black Rifle Coffee Company, or BRCC, a small-batch brewing company based in Salt Lake City, which also happens to be one of the most vociferous critics of the Starbucks refugee hiring campaign. BRCC’s founder, Evan Hafer, is a 40-year-old former Army Green Beret. The company currently boasts a staff of 52 employees, 75% of whom are veterans. Hafer’s plan: hire 10,000 more veterans over the next six years.

Our mission has never changed. Spread the word and join the coffee revolution. pic.twitter.com/g7WMB6iZqG

“Starbucks can hire all the refugees they want, that’s fine, but you don’t have to announce it in a press release,” Hafer fumes to Task & Purpose. “It’s a publicity stunt. It’s also a middle finger directed at everyone who voted for Trump and consumes their product or is invested in their company. And when Schultz says he’s going to hire 10,000 veterans, that’s a publicity stunt. But when I say I’m going to hire 10,000 veterans that’s because that’s who we are. These are the people I know and love. This is my tribe.”

It may have been BRCC that prompted Starbucks to release the letter defending its track record of supporting the veteran community. Several days ago, the company posted a meme on social media that juxtaposed an image of ISIS fighters photoshopped with Starbucks cups next to an image of American soldiers in combat. “Starbucks vows to hire 10,000 refugees,” reads the accompanying text. “Black Rifle Coffee Company vows to hire 10,000 veterans.”

The meme, which went viral, was just as much of a political statement as it was a plan of action. Hafer supports Trump’s refugee ban. It makes perfect sense to him.

“ISIS overthrew a huge portion of the Middle East in recent history,” Hafer says. “Where do all the passports of all the people go? When you execute a guy on the street, where does his passport go? The guy who shoots that guy, where does he go with that passport? People can say what they want but those seven countries quite literally have the most loosely regulated travel restrictions as far as being able to make sure that people leaving the country are exactly who they say they are.”

Hafer has never been shy about expressing his political views. He started BRCC in 2014, joining forces with Mat Best and Jared Taylor of Article 15 Clothing to build a company that would appeal to the very demographic Starbucks CEO Howard Schultz risks ostracizing with his refugee-hiring campaign. It didn’t take long for the business to amass a fiercely loyal clientele, in part thanks to BRCC’s knack for advertising its products with social media videos that combine military humor with hipster jokes and guns. Lots of guns. The message is clear: If this offends you, go elsewhere for your coffee. Go to Starbucks.

“I’m open with the fact that if you don’t like my company or my politics, I’m okay with sacrificing that market share,” Hafer says. “You don’t have to drink Black Rifle coffee. But I want people who voted for Trump to know that there is another option for you. Howard Schultz doesn’t want your business. I do. I’ll be proud to take it. And I’ll give you a better product from a group of men who truly believe in this country.”

Hafer’s pledge to hire 10,000 veterans has not been spared accusations of being a publicity stunt, either. But he insists that it is no such thing. The plan, he says, was hatched months ago. The Starbucks controversy just provided the perfect opportunity to announce it. According to Hafer, BRCC has partnered with 5.11 Tactical, a tactical clothing and equipment company, to build over 600 brick-and-mortar retail stores over the next six years. The rapid expansion will require a lot of manpower — roughly 15,000 additional employees, Hafer estimates. And he wants the majority of them to be veterans.

“I’m a company of 52 employees and I’m trying to hire 10,000 veterans,” Hafer says. “That’s a lot different than a company that says, �?I have 200,000 employees and I’m going to try to convert 5% of my workforce.’ And this isn’t a support mechanism. This isn’t a hand out. I’m not trying to give back to the veteran community. This is who I’m preferring to hire because I know the veteran subculture and I know the veteran work ethic. I know that this is the best men and women that our country has produced after a decade and a half of war.”