In the 1966 western classic, The Good, the Bad, and the Ugly, three men of various moral integrity compete against... 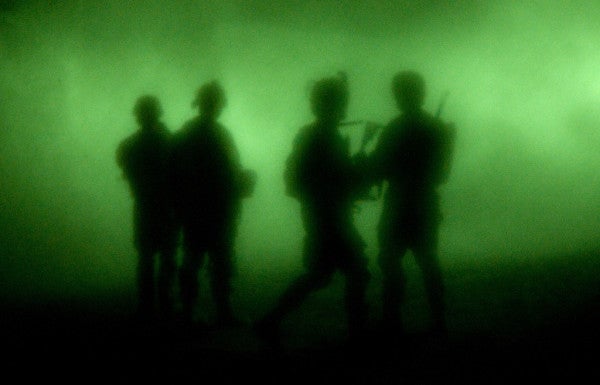 In the 1966 western classic, The Good, the Bad, and the Ugly, three men of various moral integrity compete against each other to locate a buried treasure. Along the way, the men exploit each other, fight among themselves, and finally form an uneasy pact, all in the backdrop of the American Civil War.

The same competing interests and characterizations could be made of the United States, the Taliban, and the Afghan military forces. While it is not a perfect analogy, there are some similarities and parallels we can use in the discussion of the recently reauthorized night raids by the Afghan and U.S. military that reveal there is a lot more at stake than just allowing night raids to occur.

Upfront, it is a good thing that the February 2013 ban on night raids has been reversed by the new Afghan president, Ashraf Ghani. It is never a bright idea to telegraph friendly constraints and limitations to enemy elements. Doing so only broadcasts our vulnerabilities and weaknesses and allows enemy forces sanctuary in that gap. Hopefully, what restrictions the Afghan and U.S. forces do agree on will stay out of the public view. The United States and Afghan military forces would benefit from a level of strategic ambiguity that hostile elements will now face in light of this change. That said, resuming night raids will not be a panacea for all of the Afghan ills. The U.S. and Afghan forces will need to take steps, both bad and ugly, to avoid the mistakes that initiated the restrictions in the first place.

Night raids, while useful in reducing the threat faced by both Afghan villagers and U.S. military at the tactical level, became catastrophic in early 2012 at the strategic level. The strategic failure was the result of many things, not the least of which was the shameless exploitation by our adversaries of cultural norms, the use of social media, and online news sources to further their propaganda themes and messages. The Taliban, formerly abhorant of any online content, now capitalized on the Internet and played out their one-sided public relations point of view, fueling suspicion and anger from many Afghan people and international populations. Even political elements of this country became suspicious of the U.S. military due to widely distributed reports of civilian casualties, an alleged result of the nights raids. This strategic hemorrhaging ostensibly led to short-sighted restrictions, increasing restraints, and the outright banning of these operations by President Hamid Karzai in early 2013. In essence, that order by Karzai enabled our Bad Guy — Tuco “The Rat,” aka the Taliban — to only worry about the good guys showing up at the door, and only in the daytime.

Now with renewed authorities and permissions, night operations will require a level of tactical transparency in a collaborative and cooperative effort between U.S. Special Forces and Afghan military, law enforcement, and political elements if they are to be successful. It will necessitate the combined energies from all friendly partners — U.S. and Afghan — not an easy task because like the aforementioned movie, all parties have competing loyalties, priorities, and goals.

It also needs to be understood that this level of tactical transparency will likely come with a fairly serious risk of compromise, missed objectives, and not so many Hollywood endings. Even so, there are many ways to mitigate those risks — and the professionals know how to implement those control measures — but it will require a healthy dose of operational patience to make this work. The system doesn’t need to be perfect; it just needs to be good enough to give opposition forces pause for thought and erode their emboldened freedom of maneuver and sanctuary at night. It also needs to be understood that for these operations to be successful, they need to be conducted by Afghan and U.S. elements that have the training, capability, and the social understanding of the human dynamic at the tactical level for any lasting long-term effect.

To be clear, these raids need to be shepherded by Theater Special Operations Forces that live, eat, sleep, and train with their Afghan counterparts. All Theater SOF are partnered with Afghan elements in their assigned districts and have the benefit of repeated deployments and long-standing friendships that transcend fixed-deployment rotations. Possibly even more importantly, the raids and the results need to be documented and aggressively broadcast along Afghan and international lines of communication to avoid the strategic fratricide that occurred in the first place. If there was ever a need for Combat Camera and U.S. Military Information Support Operations, it is here. The information needs to be packaged and distributed explicitly for Afghan and international audiences; neat storyboards and the American Forces Network commercials will not suffice. Unfortunately, even with these actions, major policies and authorities will need to change in order for night raids, or for that matter any military operation, to be successful. Unfortunately and likely, the fight for those authorities and permissions required for success will be far uglier than the actual raids themselves.

As former Green Beret Michael Waltz detailed in his book, Warrior Diplomat, Theater SOF face a byzantine layer of bureaucracy to approve even the most basic operation. This needs to change rapidly and independent of any other authorities and permissions related to night operations. As it stands, Theater Special Operations Forces are not battlespace owners and have been relegated to barely above the status of homeless squatters. The current overlay of authorities, permissions, and operational areas, have rendered the battle space akin to a homeowner trying to sell a house with at least three competing liens on the mortgage and a utility company demanding access to the properties mineral rights.

It is very likely that this patchwork of interests is the very reason National Mission Units — the special mission units of the Joint Special Operations Command that traditionally bypass much of the mundane staffing process — got into the business of night raids. From the operational perspective, these units had the authority, training, equipment, and personnel to complete the tactical objective. What they lacked was the long-term persistent tactical presence that a “beat cop” brings to a troubled neighborhood. It was precisely this vulnerability that adversarial forces exploited to get the night raid bans in place. This is not to put blame or fault on the National Mission Force, but this was not its designed task or purpose. Its early involvement was simply an expedient means to bypass the quagmire of staffing confronting general purpose and Theater SOF to go after targets of interest, tactical issues aside.

Today, Theater SOF and partnered Afghan forces are arrayed and deployed across nearly every province in Afghanistan. They are ably led by some of the finest hand-selected officers, warrants, and noncommissioned officers. They are partnered with Afghan forces, indigenous to the area, where they work by, with, and through local, tribal, and political differences on a daily basis. The enemy forces utilize and remain overnight in facilities that are well within the operational capability of Theater SOF and their partnered elements. What Afghan-partnered Theater SOF needs is the authorities and permissions to conduct these types of operations. Company-level approvals should be “clear fires” at the district levels, and the mission should be approved at the Special Operations Task Force level, which manages provincial-level authorizations. Conventional battlespace owners only need to be informed, as opposed to approving any operation.

Resuming night raids will not end the war, but it will end the unilateral freedom that friendly elements have ceded to the enemy for the sake of a strategic salve. However, for these military objectives to work, it will require the U.S. and Afghan forces to partner closely in order to perform operations that are good enough, not perfect — that needs to be clearly understood by all partners. Perhaps as the Afghan mission transitions from combat operations to one focused on training and assistance, Theater Special Operations Forces can take the lead and own the battlefield and see the mission through. Finally, authorities and permissions need to be delegated to at least the task force level for any expectation of long-term success. Otherwise this unending struggle, without straight and clear lines of control, will leave the three parties in an unending and painful battle for control; and time is not on our side.