Here’s How A Service Dog Could Change Your Life

There has been no shortage of issues covered regarding veterans who have had a prolonged post-traumatic stress response to combat. … Continued 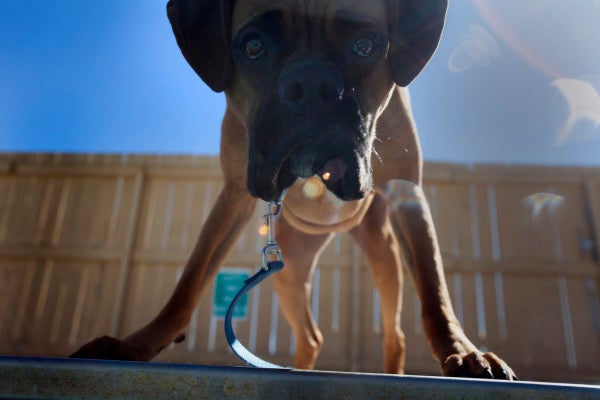 There has been no shortage of issues covered regarding veterans who have had a prolonged post-traumatic stress response to combat. Indeed, the media, along with many institutions, do not know how to “handle” us. A Google search for “worrisome veteran” came up with this disparaging video put out by Pennsylvania State University, who later took it down amidst an outcry from veterans and veteran groups. There can be no doubt that both in practice and in theory there is a stereotypical narrative directed against veterans in general, even before the so-called “new” development of post-traumatic stress disorder. (Of note, Shakespeare’s Henry IV appears to meet many, if not all, the criteria for PTSD.)

Why then, in all of this, do some still seek out a diagnosis of PTSD? There is power in the diagnosis. The key to treatment, and the benefits therein, require diagnosis. Sadly, many a veteran stumble at this stage, with either the unwillingness or inability to progress.

Enter service animals. The Americans with Disabilities Act outlines the use of service dogs for people who have disabilities, such as PTSD; and their training must be directly related to the handler’s disability. Outside of a panic attack rescue, it can be difficult to assess the ways in which a service dog can offer assistance to individuals who suffer from PTSD. Additionally, many will ask what the need is for a service animal. This is both reasonable and allowed by law, but due to the prevalence of mental health stigmas, not all want to share that the dog is used for alleviate post-traumatic stress. Fortunately, most veterans have more than one condition that can be mitigated with a service dog. Hearing loss, balance issues due to traumatic brain injury and vision problems are all issues that can be resolved by owning a service a dog and offer a stigma-free explanation.

The impact of service dogs goes beyond the traditional support for a physical disability. According to research published by Smithsonian magazine:

The animals draw out even the most isolated personality, and having to praise the animals helps traumatized veterans overcome emotional numbness. Teaching the dogs service commands develops a patient’s ability to communicate, to be assertive but not aggressive, a distinction some struggle with … Some participants report they finally got some sleep knowing that a naturally alert soul was standing watch.

The Department of Veterans Affairs is relaunching its own study into the effectiveness of service dogs and their impact “on the quality of life and activities of a veteran with PTSD compared to a common companion animal or pet.” Service dogs can cost up to $25,000 in training and care and are currently not covered by the VA for the treatment of mental health disorders. The study is also intended to differentiate between the impact of service dogs versus therapy dogs.

There are significant differences in the definitions of “service” and “therapy” dogs: A service dog performs an active mitigation of deficiencies and is allowed anywhere the public is admitted, as long as the services rendered remain unchanged, while a therapy animals offers support with day-to-day living and does not have the same courtesies extended. Generally, the differences boil down to training and costs.

Attrition rates for service dogs are often high, as the majority of dogs within an agency’s kennel wash out for health or behavioral issues like separation anxiety that manifest with time. Therefore, I often advocate for the use of an agency that has the time, resources and energy to sort out behavioral issues even before the dog is paired with a veteran. Many service dog “rejects” go on to become therapy dogs, who hail from backgrounds of all sorts, including agencies, rescue shelters and those seen in hospitals, who are just friendly dogs whose owner has decided to volunteer in community service. Due to this widespread variation, it is difficult to pin down what therapy dogs should look like, let alone what they should be able to do.

For the veteran who seeks mindfulness, the non-judgmental inward inspection of emotions, thoughts and sensations, a service or therapy dog can offer that opportunity without the social demands that a psychologist, psychiatrist, or counselor may put forth.

While many organizations offer free service dogs, there are still considerable requirements. It was easier for me to fill out an application for admissions to two different institutes of higher learning than it was to fill out the application for a service dog. Further, some agencies work only with veterans. I prefer to work with agencies that only work with veterans, such as Hero Dogs, as we are a unique population.

For those who are willing to make the commitment of having, training, and working with a service dog the results can be life changing.

After voluntary extension in the 82nd Airborne Division as a combat medic, Luke Wayman is now completing his bachelor’s in biochemistry, after a stint in nursing school. He plans on following on with medical school.