Last week, I started my first day of work in 20 years that hasn’t been in the uniform of the … Continued 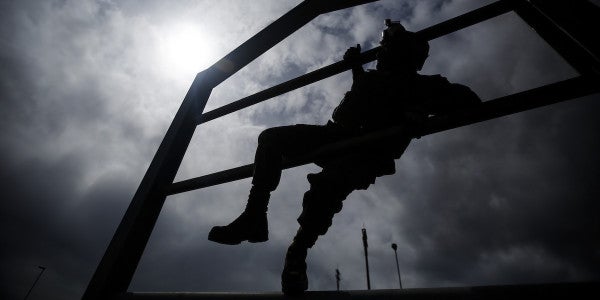 Last week, I started my first day of work in 20 years that hasn’t been in the uniform of the U.S. Marine Corps. Instead of a flight suit, camouflage utilities, or the god-awful Service Charlie uniform that I hated with every fiber of my being, I put on my suit, got in my car, and looked for a parking space downtown.

As I’ve gone through the process of leaving the military, I’ve found myself feeling a little like Brooks, the inmate in “The Shawshank Redemption” who is paroled in his seventies, having been in prison for half a century. Brooks has a meltdown and pulls a knife on one of the other inmates, saying, “It’s the only way they’ll let me stay.” Morgan Freeman’s character, Red, calls it “Institutionalized.”

You can try to adjust, but some things are hard to get used to. I let my hair grow for a couple of weeks before I had an involuntary compulsion to go to a barber and have the sides tightened up. I let my beard grow out for a few days and even went on base, just waiting for some son of a bitch to try to knifehand me, so I could play rock-paper-scissors-retired ID with him.

I’ve given growing out my hair to a normal length another shot, but other than the weekends, which were already my personal rebellion days against the razor, I’ve returned to my usual grooming standards. After 20 years, “acceptable civilian attire” is a hard thing to let go of. Like a recovering addict, I make small victories, such as not feeling strange if I run into Home Depot while wearing PT clothes. I console myself knowing I don’t own a braided belt or a large belt buckle, nor do I wear socks with deck shoes.

While it’s easy to make fun of military personnel and how they dress, especially the junior ones, it is true that the military does teach and indoctrinate you into caring about how you look and present yourself. That’s one of a thousand tiny lessons we take away from the military experience.

In many ways, the habits and routines we leave the military with are more important than the hard skills. No one in the civilian world is going to ask you how to set up a support by fire position. But, how to carry yourself, how to be on time, how not to be a slob, how to show respect — those types of lessons are ones many people never learn. In the military, we don’t even think about them.

One of those mental lessons we get from the military is understanding the need for a higher purpose. That’s a hard thing to take with you as you leave, but is essential. Many veterans drift and get bitter after getting out. In civilian life, the higher purpose doesn’t always fly out at you as it does in the military. The military life throws a lot of curveballs, but having a larger sense of purpose lends meaning to it.

The types of curveballs change after leaving the military, but they are still there. Maybe you find a job doing some time of public service, be that in a police force, firefighting, or civil service. That’s what I decided to do — sometimes purpose is more important than pay. Maybe you can find the time to work on other sources that give you purpose, things like your family and your faith. I know that I allowed the military to crowd those out at times during my service, and I hope to remedy that now. Perhaps you have a skill, a hobby, or a creative endeavor you’ve been aching to spend real time on. In any case, the military is no longer there to tell you to get up in the morning, so what is it that gets you out of bed? Figure that out and then don’t let go of it.

Think about the small lessons you’ve learned from the military, but more importantly, identify what gives you purpose. You can leave the military better, stronger, and smarter than when you joined, or you can wander around, bemoaning being institutionalized. Your call.