You Don’t Get To Pick Your War

In the latest episode of Task & Purpose Radio, “The War Bergdahl Thought He Deserved,” Lauren Katzenberg, Nate Bethea, and … Continued 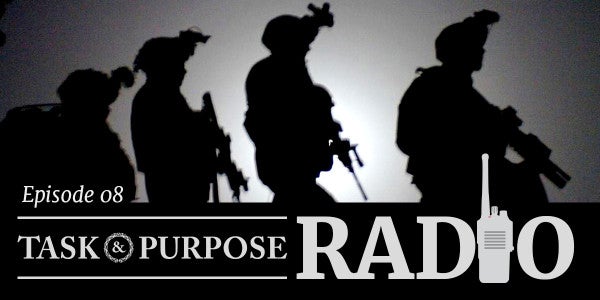 In the latest episode of Task & Purpose Radio, “The War Bergdahl Thought He Deserved,” Lauren Katzenberg, Nate Bethea, and James Weirick discuss episode six of Serial, “5 O’clock Shadow.” In the Serial episode, listeners hear about the two events that occurred during Bergdahl’s deployment in the weeks before he walked off post that drove him to cause a DUSTWUN.

Specifically, Bergdahl is highly critical of his battalion commander, then-Lt. Col. Clint Baker, who Bergdahl thought would intentionally put his platoon into harm’s way because he didn’t like them.

Nate and Weirick break down Bergdahl’s perception of poor leadership and come to the conclusion that the broader purpose of the Army’s mission in Afghanistan was completely lost on Bergdahl.

Download episode eight, “The War Bergdahl Thought He Deserved,” on iTunes. Also, subscribe so you never miss an episode.