"At the end of the day, we want to make veterans laugh. Because that’s the best therapy." 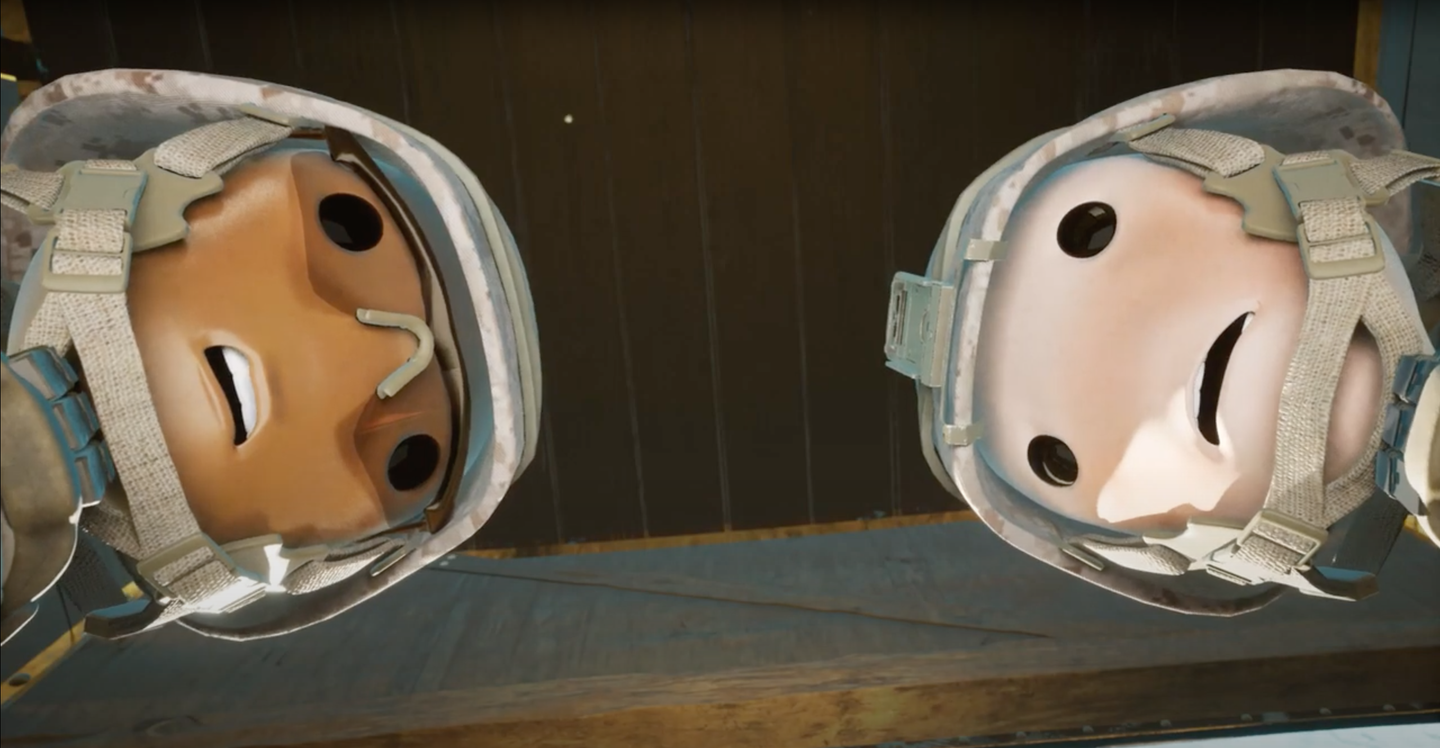 It’s incredibly boring to stand in a guard tower outfitted with sandbags, plywood, and plexiglass and stare off into space for hours on end. And yet, somehow, an untold number of troops deployed overseas have been able to endure it, mostly due to security in combat zones being important and, well, orders are orders, but also because they are able to entertain themselves amid the monotony of pulling security — in which 99% of the time there is literally nothing happening.

Some of the world’s weirdest conversations happen inside the guard towers of forward operating bases. The walls of security posts more often than not feature crude artwork or phrases you’d often see on the walls of a portable toilet. And in between radio checks and reports to the sergeant of the guard, service members are usually doing whatever they can to keep their mind occupied, from throwing rocks to coming up with games that few civilians could possibly understand.

It’s against this backdrop that we can approach a new six-minute animated short from Terminal Lance creator Maximilian Uriarte, in which he reveals the incredibly dull day-to-day reality of standing post with plenty of laughs along the way. On New Years’ Day, Uriarte released the first in what he hopes will eventually be a full series of short animated films named simply Post.

“This is a super visual story,” says Uriarte, who now lives in Los Angeles, California after leaving the Marines in 2010 to pursue an animation career and expand his hugely popular comic strip. “There’s no dialogue.” The characters in Post, Buck and Chuck, mostly speak in unintelligible Marine Corps idioms — err err, rah rah — but that’s no barrier to understanding what’s going on.

In the first episode, called “Frag Out,” we meet Buck and Chuck in a post that could be anywhere but is modeled after those found in Iraq and Afghanistan. And from there, we watch as the boredom sets in, with one character wielding a water bottle lightsaber and another deciding to play with a grenade. (Please don’t try this at home, kids.)

With funding secured from an outside donor and the help of fellow Marine and producer Mike Dowling, Uriarte opened an animation studio earlier this year and hired a team of four animators to bring his idea of a Pixar-like short film to life. And it’s a remarkable improvement from his first, two-dimensional attempt back in 2011.

Uriarte has other ideas for the series, like one episode concept featuring a zombie Osama bin Laden attacking the security post in a weird throwback to the fighting of a boss at the end of a video game. And he has plenty of material to work with: Uriarte recalled one real-life incident from his own deployment to Iraq when the language barrier got in the way and an Iraqi child mistakenly believed the young Marine lance corporal signaling to him wanted to buy his sister.

Dowling, a former Marine dog handler who served in Iraq, recounted his own time standing a post, and the crushing monotony that came along with it:

“I’m trying to think of a weird story, but it was mostly boring as fuck,” Dowling said with a laugh. “At least I had a dog. But even the dog was bored.”

Uriarte believes the simple and fun humor of Post should resonate with far more service members than his work at Terminal Lance, which caters primarily to Marines. And he hopes that, if Post is successful, Buck and Chuck may one day be characters in their own video game. “I wanted to do this for a long time but never had the opportunity until now,” says Uriarte.

“At the end of the day, we want to make veterans laugh. Because that’s the best therapy,” says Dowling.