Captain Picard Has A New BFF: The Marine Corps Commandant

Best known for his role as Captain Jean-Luc Picard on “Star Trek: The Next Generation,” Sir Patrick Stewart has found … Continued 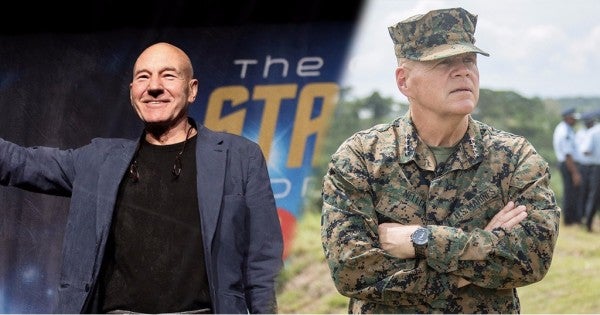 Best known for his role as Captain Jean-Luc Picard on “Star Trek: The Next Generation,” Sir Patrick Stewart has found a kindred spirit in Marine Corps Commandant Gen. Robert Neller.

Neller – likely the most lethal Trekkie in history – recently expressed his admiration for “Next Generation” and Stewart's Captain Picard during a March 29 discussion at The Atlantic Council think tank.

“It’s a leadership show, because you always find that the crew and the captain are put in some sort of moral, ethical, operational dilemma, which I find interesting,” the commandant said.

In the quarter century since “Next Generation” ended, Stewart has been gratified to hear from people who were inspired by “Next Generation” to survive personal ordeals, such as rehab, he said. After Task & Purpose sent Stewart’s representatives video of Neller’s praise, the legendary Shakespearean actor replied to the commandant.

“I was deeply moved by a letter from a sergeant in the Las Vegas Police Department, explaining how there were days when he despaired for humanity but once home he would watch an episode or two of TNG and his faith would be restored,” Stewart said.

“However, just now watching an interview with Marine Corps Commandant Gen. Robert B. Neller and hearing him praise TNG, a very satisfied smile lit up this Captain's face,” Stewart said. “He said that for him TNG was about leadership above anything. I took that very personally as, if anyone knows about leadership, it has to be him.”