The short Netflix docu-series Five Came Back, based on a book of the same name, takes an in-depth look at the … Continued 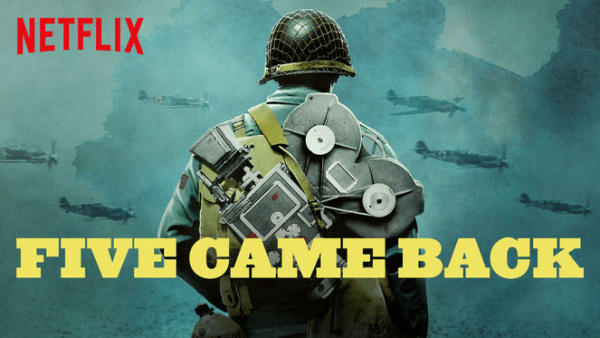 The short Netflix docu-series Five Came Back, based on a book of the same name, takes an in-depth look at the forefathers of combat cameramen, following the directors and cinematographers who gave up flashy Hollywood careers to go to the front lines in the Pacific, Europe, and North Africa to document the carnage of World War II.

Leaping from the cushy chair of Hollywood, John Huston, John Ford, Frank Capra, William Wyler, and George Stevens crafted war films that inspired and informed the American public. But the three-part series doesn't just cover the lasting legacy of the footage itself, but the insane hurdles these directors had to overcome to produce it.

The slate of documentaries produced during this era, notably Battle of Midway, D-Day, Why We Fight, and The Memphis Belle, used cutting-edge technicolor footage and compelling scenes of heroism, triumph, and causalities of war to paint an intense portrait of global conflict. Several of the camera operators died while shooting footage, and the directors themselves suffered wounds ranging from shrapnel to catastrophic hearing loss, and post-traumatic stress.

But although the footage produced by these five directors were technically produced as state-produced propaganda, the filmmakers maintained an honesty that the Pentagon tried to shut down time and again for reasons that ranged from the swearing in the aerial combat of Memphis Belle to the crass nature of the Snafu cartoon series, which featured low-brow humor and sexuality.

From Netflix, a new series on wartime filmmakersNetflix

The Pentagon feared to show the true horrors of war to the American public, worried that raw, gritty storytelling would hurt morale. The racism that African-American troops encountered even while serving in the armed forces was left on the cutting room floor by edicts from superior officers in the U.S. Army Signal Corps signal corps. Five Came Back isn't just about wartime filmmaking, but military censorship — and all the implications that come with it.

Featuring interviews by directors such as Steven Spielberg and Guillermo Del Toro, and narration by Meryl Strep, this compelling look at film-making during World War II, which features restored high definition color footage of troops in action, is a must-watch slice of military history.