Army veteran Chris Roessner returned home from Iraq in 2004 and spent the next 10 years writing and pitching a... 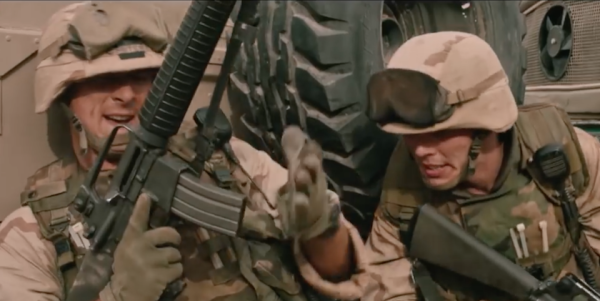 Army veteran Chris Roessner returned home from Iraq in 2004 and spent the next 10 years writing and pitching a film based on his experiences at war. Now, that film, “Sand Castle,” is set to premiere on Netflix in April. Judging from the trailer, Roessner’s Iraq deployment was pretty awful. The film, however, looks great.

Starring Nicholas Hoult — who you’ll probably recognize as the pasty, bald lunatic Nux from “Mad Max: Fury Road” — “Sand Castle” is set in 2003 on the outskirts of Baqubah, a city about 30 miles northeast of Baghdad that saw heavy fighting between American soldiers and insurgents during the occupation.

If the last line of the trailer is any indicator of how “Sand Castle” is supposed to make you feel about the war in Iraq — which, lest we forget, is still being fought — I think it’s safe to say that this is not the sort of war film that’s meant to inspire viewers to rush to their nearest Army recruiting station. Check it out: