Editor’s Note: The director of the documentary “The Western Front” is the CEO and founder of Hirepurpose and Task &... 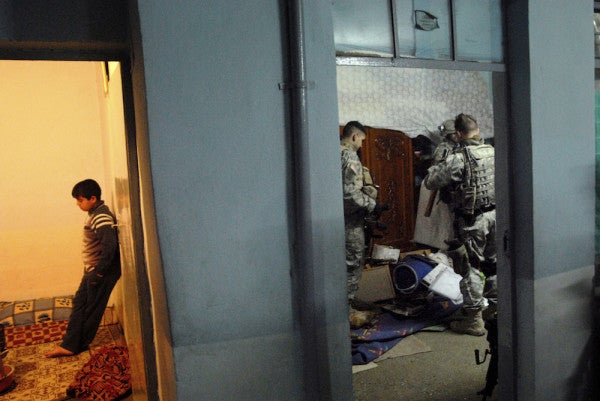 Editor’s Note: The director of the documentary “The Western Front” is the CEO and founder of Hirepurpose and Task & Purpose.

“The Western Front” is a story of two journeys. Filmed in 2008 through 2010, and now available to view through iTunes, the documentary is both an examination of how the U.S. military painfully realized that its strategy in Iraq was spiraling out of control, and the story of one Marine officer’s return to Iraq to reflect on his service in al Anbar.

The film follows Zachary Iscol — who also directed and produced the documentary — a former infantry captain in the Marine Corps who led a combined force of Marines and Iraqi security forces in the Second Battle of Fallujah. His return to Anbar not only revisits the personal experiences of his unit, but reevaluates the U.S. strategy (or lack thereof) in the months following the end of conventional operations in Iraq.

Iscol meets with a broad range of personalities; from members of his former unit and the Iraqis he built relationships with, to high-level Marine officers and counterinsurgency analysts, including David Kilcullen, John Nagl, and Gen. John Kelly. As his understanding and relationship changes, the film highlights how U.S. decision makers slowly realized what kind of war they were fighting, and that they needed to better understand Iraq’s tribal-focused society in order to change the war’s course. His views on the actions and decisions he made as an officer change; he no longer views the war as simple matter of finding the enemy and destroying their ability to fight. Each chapter is framed with a quote from FM 3-24, the counterinsurgency field manual developed by the Army and Marine Corps in 2006. These quotes serve to illustrate the problems created by efforts to control the post-Saddam chaos in Iraq.

The fighting in Fallujah may be the lasting iconography of the Iraq War; the sheer kinetic intensity of the urban combat harkens back to other major battles fought in Hue, Aachen, and Stalingrad. But the story of Iraq doesn't come down to a single decisive battle; much like how Iscol’s experience in Iraq is not defined by a single set of circumstances; both have changed their tenor over time.

The film links the personal nature of one Marine’s inward examination of his service to the broad questions about how the Iraq War was fought. “The Western Front” may not provide a clear answer, but it gives an inkling of how we may get there.