The Army wants to give soldiers an extra hand during their next firefight — literally. Army Research Lab engineers are... 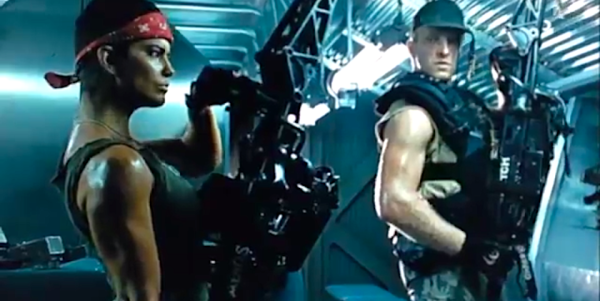 The Army wants to give soldiers an extra hand during their next firefight — literally.

While the service has been hacking away at the abdomen-mounted apparatus — creatively dubbed the “Third Arm” — since last year, the Army says the current 3.5-pound prototype can support an M249 squad automatic weapon — or a 20-pound defensive shield for added protection and cover.

Cool, sweet… but any warfighter worth their salt will recognize this solution as inspired by the asshole-perforating M56A2 Smart Gun toted by everyone’s favorite Colonial Marines from Aliens:

It’s unlikely soldiers will have to contend with creepy xenomorphs anytime soon, but the Army’s Third Arm has clear benefits for warfighters already laden with high-tech gear.

Aliens may be the most immediate pop-culture example of mechanical limbs in action, but the best description of the apparatus’ impact on lethality actually comes from Robert Heinlein’s Starship Troopers, in my opinion. “If you load a mudfoot down with a lot of gadgets that he has to watch, someone a lot more simply equipped — say with a stone ax — will sneak up and bash his head in while he is trying to read a vernier,” says Rico. Sometimes, less is more.

Now, if only the Army could engineer a third leg…