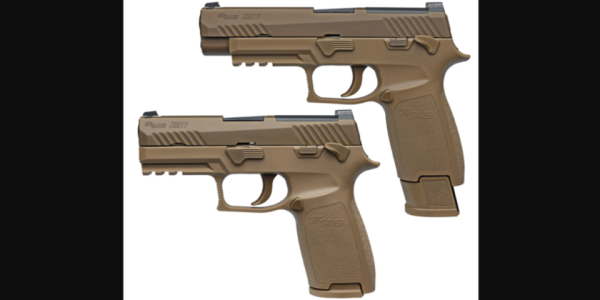 A newly released report just shed light on why Glock lost its protest against Sig Sauer, providing fresh insight into the U.S. Army’s selection for the Modular Handgun System contract.

According to the report from the U.S. Government Accountability Office, Glock lodged its protest Feb. 24, citing three main reasons: U.S. Army Material Command did not properly evaluate its proposal; the second downselect phase of the testing program was not carried out; and finally, Sig Sauer’s XM17 entry was not properly evaluated. Glock also claimed Army evaluators were biased during evaluations.

According to the GAO’s 17-page decision, Glock contended “that the [Army Materiel Command] improperly failed to complete reliability testing on Sig Sauer’s compact handgun.” Moreover, Glock asserted that “the agency’s evaluations under the price, license rights, manual safety, and penetration factors and subfactors were flawed.” However, while the GAO acknowledged that “the agency’s evaluation contained some errors,” it judged that “they did not result in prejudice to the protester.”And while the GAO found that the Army had incorrectly calculated the cost of the ammunition license and the per-unit price of the Sig XM17 pistol, the office’s calculations were only about $1.6 million off — far below the $68 million that Glock claimed them to be.

Glock also lodged a series of complaints regarding the Army’s ammunition requirement, the weighted importance of the manual safety, and the performance of its special purpose ammunition during testing. Unfortunately for Glock, the GAO dismissed or denied all of the complaints. On top of outlining Glock’s reasons for protesting and why its protest was rejected, the GAO’s report also provides insight into how both companies’ bids compared.

The Army believed that the Sig had a “slight technical advantage” over the Glock; a table in the GAO report suggested it scored a “good” rating to Glock’s “acceptable.” The Sig also won high points in both ergonomics and ballistic performance. Moreover, Sig offered a two-gun proposal — the XM17 and compact XM18 — to Glock’s single-gun bid.

Perhaps most importantly, price is always a factor when it comes to government contract, and Sig undercut Glock’s bid by a wide margin. Sig’s bid came in at just about $169.5 million, a whopping $103 million less than Glock’s. The savings clearly made a difference: The decision notes that this substantially lower bid offered “overall the best value to the government.” In fact, The Army’s final selection report, quoted in the GAO’s decision, called price “a significant discriminator” in the two firms’ proposals.

Another of the major advantages of Sig Sauer’s proposal was the firm’s partnership with Winchester; the Army reported that Sig’s ammunition supply proposal was “outstanding” while Glock’s was only “marginal.”Sig Sauer’s partnership with Winchester enables the company to provide not only the standard full metal jacket ball ammunition but also the “special purpose” jacketed hollow-point ammunition, which significantly increases the pistol’s lethality.

While the GAO discovered some discrepancies in terms of cost calculation and trials evaluation, it found that, even if upheld, Glock’s complaints did “not appear likely to provide with a substantial chance of receiving the award.” So Sig Sauer’s selection is upheld, and work on the M17 is moving forward. In fact, according to comments made to Task & Purpose in March by Col. Richard Spiegel, the public affairs director at Army Materiel Command, Glock’s protest to the GAO has not held up production of the new M17.

While Sig Sauer will surely welcome the GAO’s decision, it is not the end of the company’s short-term worries — it still faces a lawsuit for patent infringement from Steyr Arms. Even so, U.S. troops will begin receiving the M17 later this year, with troops from the 101st Airborne Division at Kentucky’s Fort Campbell set to be the first to get their hands on the new sidearm.