All The Crazy, Legal Ways To Have ‘Full-Auto’ Fun On The Gun Range

I was about 16, helping out with a beach demonstration of operator gadgets at the Navy UDT/SEAL Museum in South … Continued 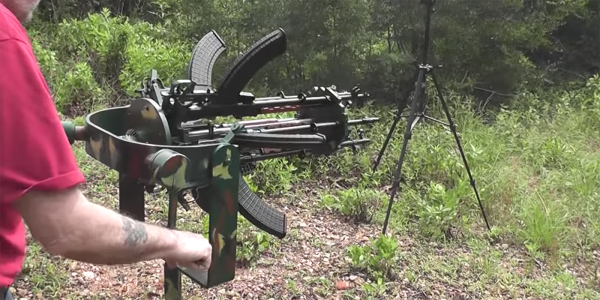 How is it legal? Well, the ATF says as long as each individual shot comes from a motion of the operator, it’s not true full-auto, and you’re street-legal. (This is the point where I, a dad, remind you that only experienced, disciplined shooters should play with a weapon that fires a bonus round on a trigger release. Don’t be the guy who absentmindedly puts that extra slug through a gun-range deck… or something more valuable.)