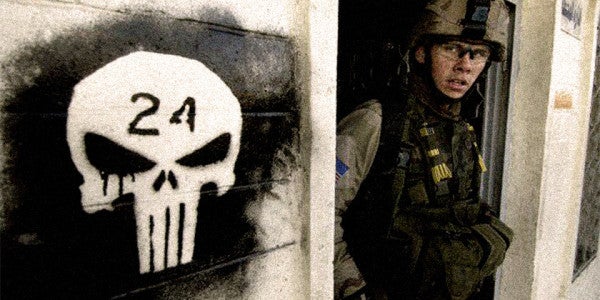 Well, sort of: It’s actually the Air Force that has been tasked with raining down munitions on ISIS militants as they flee their urban strongholds in Mosul and Raqqa. Operation Inherent Resolve aircraft have been taking off and landing from bombing sorties and reconnaissance missions every 10 minutes at U.S. Central Command’s forward Al Udeid base in Qatar.

The 39th Air Base Wing, stationed at Incirlik Air Base in Turkey, published a video on Aug. 17 touting the A-10’s first release of a GPS-guided GBU-31(V)3/B Joint Direct Attack Munition, a one-ton bomb with an inch-thick steel shell designed to blast through at least four feet of reinforced concrete, according to The War Zone.

In the DoD video, Sr. Airman Andrew Walck asserts that the A-10 has become “one of the most feared and combat effective aircraft in the fight,” and he’s not wrong. According to The War Zone, the 447th Air Expeditionary Group’s fleet of light attack craft have averaged more than 700 bombing sorties against ISIS targets on a monthly basis with, as the War Zone smartly observes, increasingly powerful munitions.

An A-10 carrying a GBU-31/B with a regular high explosive warhead along with rockets, an AGM-65 missile, and two GBU-12 Paveway IIs.Photo via DoD

That the Punisher’s signature skull icon appeared on the bunker-busting warhead of the new JDAMs is unsurprising: Military personnel love to plaster munitions with messages to their targets, like the Air Force bomb tech who was pissed at ISIS for making him miss the July premiere of Game of Thrones. Besides, the Punisher skull has been a staple of the U.S. campaigns in Iraq and Afghanistan for years, spray-painted onto vehicles and weapons and tattooed on the arms of American troops.

“I was trying to explain why every special operations guy I know basically has a Punisher patch of some sort, and why every conex and trunk had a Punisher skull painted on it somewhere,” Kevin Maurer — who cowrote “No Easy Day,” with Matt Bissonnette and is coauthor of a 2014 Punisher comic that showed Army Special Forces troops adopting the skull while deployed to Afghanistan — told Task & Purpose in March 2016.

“The thing that stuck with me with the Punisher in that story was this idea of brotherhood,” Maurer added. “What I was trying to get to with the story was to try to show that the Punisher’s world view was colored by his time in the service.”

The Punisher skull may be a symbol of solidarity for the active-duty service members and veterans transformed by America’s forever war. But for the ISIS fighters hiding out in their spider holes, the skull spray-painted to the nose of a bomb means only one thing: pain.