Watch The Navy Drop Earthquake-Sized Bombs Off The Florida Coast

Nothing says freedom quite like launching 10,000 pound bombs from a warship during a trial exercise. But in July 2016,... 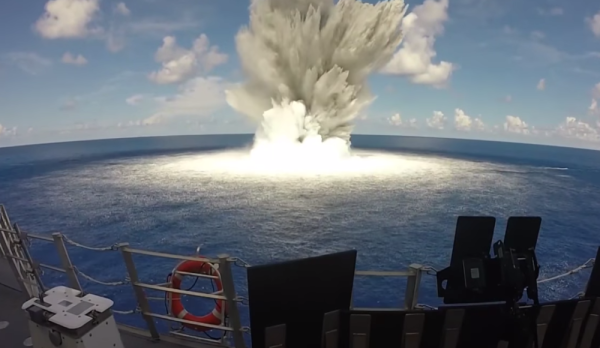 Nothing says freedom quite like launching 10,000 pound bombs from a warship during a trial exercise. But in July 2016, the USS Jackson littoral combat ship did just that off the coast of Florida.

These trials demonstrate the operational survivability of new ships by exposing them to underwater shock. For the USS Jackson, this was the third and final test, which employed a 10,000-pound explosive charge to test its durability.

The explosion was so strong that there were reports of increased seismic activity around the time of the test. According to the U.S. Geological Survey, the charge registered as an earthquake of 3.7 magnitude on the Richter scale, about 104 miles east-northeast of Daytona Beach Shores.