Will The New Air Force One Be A B-21 Stealth Bomber?

Back in December, Donald Trump tweeted that Boeing should “cancel” the development of a next-generation Air Force One fleet, calling... 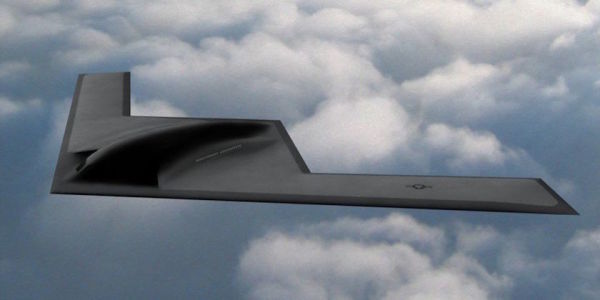 Back in December, Donald Trump tweeted that Boeing should “cancel” the development of a next-generation Air Force One fleet, calling the costs of the $3.2 billion program “out of control.” (In his tweet, Trump quoted the price tag at $4 billion, for reasons unknown.) Now, Aviation Week is reporting that a panel of aerospace and defense analysts has proposed a new solution: Drop the U.S. Air Force’s 747-8-based Air Force One and opt instead for either a Northrop Grumman B-21 stealth bomber, or a Boeing 737 fleet.

Since 1990, presidents and their entourage have traveled in a pair of specially modified 747s officially called Boeing VC-25s. The fleet has been used by George H.W. Bush, Bill Clinton, George W. Bush, Barack Obama, and now Trump. But the VC-25s are reaching retirement age, and Defense Secretary James “I Go By Jim” Mattis has ordered a full review of the Presidential Aircraft Recapitalization program to find ways to cut back costs as it develops the new fleet. The $3.2 billion price tag is the projected cost of militarizing a pair of 747-8s. The 747-8 is the newest and largest version of the 747.

The report, which was released by consulting company Wright Williams & Kelly, concluded that massive costs could best be mitigated by shifting away from the 747 airframe entirely. The two proposed alternatives offer dramatically different options; however, in both cases, the requirements for presidential transport would need to change. Currently, military-grade presidential transports must be equipped with four engines and be able to accommodate 70-plus passengers. There are currently only two airframe options that meet those requirements: The Boeing 747 and the Airbus A380, which is not made in the United States.

There’s a strong case to be made for the 737, which is smaller and cheaper and can access more runways than the 747-8. And, according to Aviation Week, the 737 has already been “adapted for military use at great expense,” while the 747-8 has not. The 737-700-based C-40 is used as a passenger aircraft by both the U.S. Navy and U.S. Air Force, and the P-8A Poseidon, also based on the 737, is used as a submarine hunter by several countries, including the United States. Further bolstering the case for the 737 is the fact that the 737 is expected to continue to be in production for decades. The 747, on the other hand, is not. However, as Popular Mechanics notes, the 737 lacks range, which is why the Wright Williams & Kelly report suggests retaining the existing VC-25s for longer flights, or adding a tanker to the presidential fleet.

The B-21 “Raider” is the far less practical but in many ways safer alternative. Worth noting, the obvious: the B-21, which isn’t expected to enter service until the mid-2020s, is not a passenger aircraft. In fact, many people in the president’s entourage would likely be forced to sit in the bomber’s internal weapons bay and other stripped-out compartments. But the B-21 does have one major advantage over the others — it’s built for battle. The current Air Force One is equipped with state-of-the art defenses, including a top secret anti-missile system, and, according to CBS News, a blast-resistant outer skin, “rumored to withstand a nuclear blast.” Thus, in theory, less money would be required to bring the B-21 up to speed. It’s also super stealthy.

In an interview with Aviation Week, Danny Lam, spokesman for the report, invoked the growing threat of high-tech surface-to-air missiles as justification for considering the B-21 for Air Force One. Calling the 747 a “fat radar target,” he explained that the B-21 “has stealth built in,” and that “it’s nuclear-rated and heavily shielded right off the bat.” He added, “It’s going to be terribly cramped but man, it would be a survivable platform, especially if operated in twos and threes.”

If we’re going to attempt to predict what option the Trump administration might go with, it may help to look at what the president flew in before he became the leader of the free world. Trump’s private jet, a custom-tailored Boeing 757-200 also known as “Trump Force One,” was not a flying fortress, but rather an avatar of airborne luxury. Rumored to cost somewhere in the vicinity of $100 million, Trump Force One could carry 43 passengers and boasted 24-karat gold-plated seat belts, as well as an entertainment center with over 1,000 movie titles.

That’s a far cry from a gutted-out stealth bomber, but, hey, that was “The Donald.” President Trump? Anything is possible; although, it seems replacing the 747 with the 737 is a far more conceivable option. And unless Trump pulls a Grover Cleveland (brace yourself for a really funny history joke here) and serves two nonconsecutive terms, he’s going to be stuck riding in the VC-25 for the duration of his presidency. As Aviation Week notes, the Boeing 747-200B-based VC-25 Air Force One fleet isn’t scheduled to be replaced by the 747-8 until at least 2024. Because the project has already been in the works for more than a year now, the alternatives would likely take longer.