After A General’s Suicide, The Army’s Looking At Officer Health

On July 31, 2016, Maj. Gen. John Rossi took his own life, just days before being pinned a third-star and … Continued 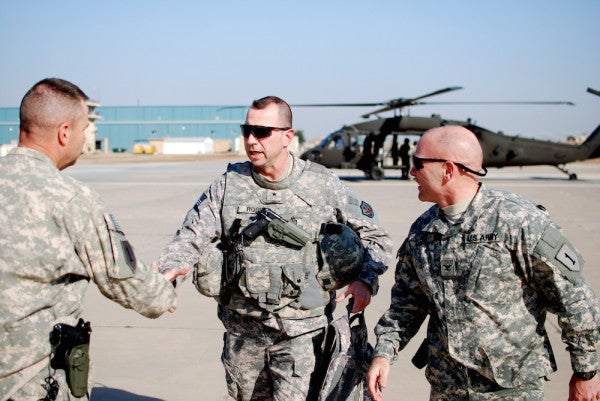 On July 31, 2016, Maj. Gen. John Rossi took his own life, just days before being pinned a third-star and taking over Army Space and Missile Command. His death made him the highest ranking soldier ever to commit suicide, and sent shockwaves through Army leadership.

It’s not because we felt we had some burgeoning, endemic problem,” Fanning told Army Times. “It’s because one is too many, and it’s always good to take a knee, take a breath, and see if there’s something new or that has developed because something’s changed.”

Upon his death, his family released a statement that read, “To all the other families out there, to the man or woman who may be facing challenging times, please seek assistance immediately.”

Suicide is more than just a veteran problem »

Just a few months prior, Rossi spoke at a suicide prevention conference. He led his speech with anecdote about ten men who perished under his command. Four died by suicide.

Cardon’s review, Fanning hopes, will analyze how the Army is preparing and taking care of its top leaders.

Investigators didn’t find any specific event, instance of infidelity, misconduct, or drug and alcohol abuse, that led to Rossi's suicide, said a U.S. government official told USA Today, adding that Rossi was instead overwhelmed by his responsibilities.

“It’s been a very long time since we’ve had a general officer commit suicide, and it’s worth looking at and seeing if there’s anything we’re not recognizing that we’re not getting at,” Fanning said.

According to the most recent data released by the Pentagon, the Army’s rate of 23.9 suicides per 100,000 soldiers was the highest among the services.

“It always makes you stop and wonder, ‘do we have a problem?’” Fanning added. “The trends are all in the right direction, but like anything, like sexual assault, suicide, we need to get to zero.”