Soldiers Are Struggling With Healthy Sleeping And Eating Habits

An Army report released Dec. 10 said that soldiers are struggling with adequate sleep and healthy eating. The report, which … Continued 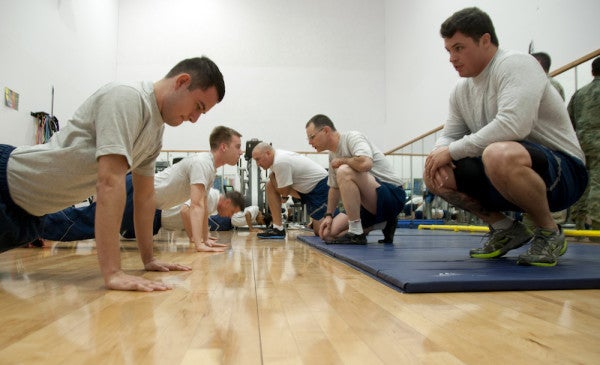 An Army report released Dec. 10 said that soldiers are struggling with adequate sleep and healthy eating.

The report, which covered injuries, behavioral health, chronic disease, obesity, tobacco use, sleep disorders, hospital admissions, and other health measures, found that nearly 10% of the total force was suffering from health complications in 2014. Between active, National Guard, and Army Reserves, roughly 102,500 soldiers cannot currently deploy based on their health, according to Military Times.

One in 20 soldiers was prescribed a sleep aid, and the same ratio failed fitness tests last year. Additionally, the causes of injuries among soldiers typically included overexertion and falls.

This report was the Army’s first attempt at reviewing health concerns at the installation level to develop better practices for treating prevalent issues.

Senior Army leaders will be able to use the report to track the overall health of the Army, using the Installation Health Index, which rated each installation through use of the study.