Vice News has obtained a list of at least 21 named U.S. military operations that have taken place or are … Continued 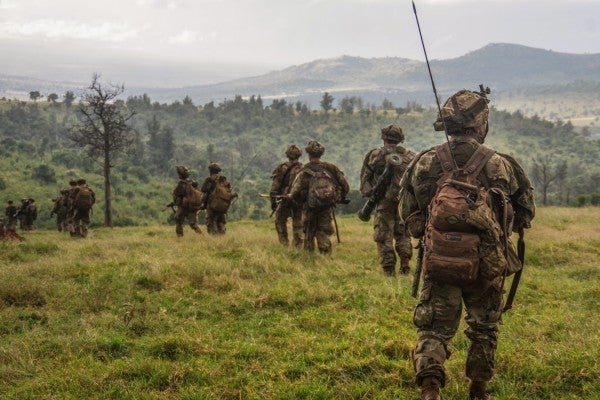 Vice News has obtained a list of at least 21 named U.S. military operations that have taken place or are still ongoing on the African continent, so we might as well figure out which names are badass and which are just incredibly absurd.

As Vice's Nick Turse reports, the military apparently has more operations going on in Africa than it does in the Middle East, though that's a bit of an apples to oranges comparison: The continent is large and ops in Africa tend to be smaller, while ops in the Middle East encompass tens of thousands of personnel (think Resolute Support in Afghanistan or Inherent Resolve in Iraq and Syria).

Still, the operations in Africa tend to range from objectively cool — Odyssey Lightning — to the totally weird — Justified Seamount.

Here's how they rank: