Barracks Life: The Good, The Bad, And The Ugly

Unless you are married or came in as a Staff Sgt, you will probably spend a fair chunk of your... 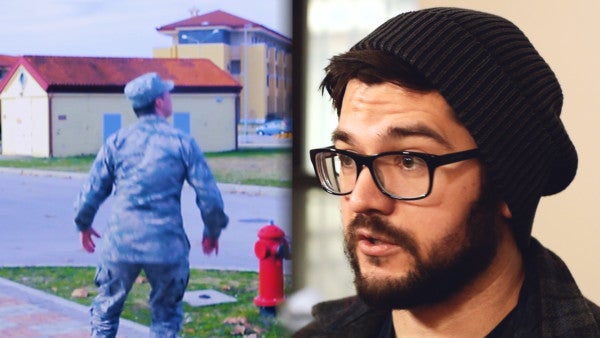 Unless you are married or came in as a Staff Sgt, you will probably spend a fair chunk of your time living in the dorms. Oh, did I say “dorms”? Apologies, I was in the Air Force, so for the sake of preserving the comment section, I’m referring to the large filing cabinet-like buildings full of enlisted personnel as barracks.

Living in the barracks, at least in my experience, did get better as time went by. When you first arrive, it’s probably under a training command, and those guys are dicks about everything — especially how clean and regulated the rooms are. But as you progress in rank and out of the training nut grinder, things get a bit easier, and a bit looser.

Besides those perks of communal living, you also tend to see insane shit, including OSI raiding a dorm room; an Airman's $10,000 computer system that totally wasn't used for pirating media; an airman in his underwear holding two beers and yelling at a tornado as it passes a half mile away (Good ol’ Oklahoma). Not to mention all the times an underage drinker decides to make a run for it when the MP’s walk by, ensuring that you will all be yelled at in a large amphitheater sometime on Monday.

But of course, there are the good things about barracks living. First off, you don’t have to cook your own food, which is a godsend if you’re a terrible cook like I am. A full-fledged breakfast every morning? Bacon and eggs? Sure we can all complain about the quality of the food and the cooks, but if it didn’t exist you’d be going into work paying 5$ for a coffee and cramming a donut into your mouth hole with extreme prejudice.

Another perk that’s often overlooked by those of you who got stationed in nice climate:if the power goes out for an extended period of time due ice storms or hurricanes or some other apocalyptic bullshit, the on-base barracks maintain power since most large bases have their own tiny grid (One time after a brutal ice storm, I walked into a day room on a Saturday a bit hungover to find about 20 NCO’s watching TV and charging their phones. Another time, an NCO getting his beer pong on)

The final perk is a simple one: the convenience of having a pile of people who were forced to be around you. Pick up games of football were easy to organize. And for the nerds out there they could play dungeons and dragons, Stranger Things style, to their heart's content. And at least for me, the best times in the barracks could easily be traced to playing Call of Duty close enough to your fellow players that every win or loss resulted in audible howls of victory or defeat from across the hall.

Barracks life sucked, but in retrospect, there were some pretty solid perks to the whole racket. Until you got married to some stripper and started getting that sweet, sweet BAH. But that’s another story.