This Redditor Just Destroyed His Military Career With A Neck Tattoo

Sometimes you get drunk at the watering hole off base with your platoon drinking buddies and stumble back to the... 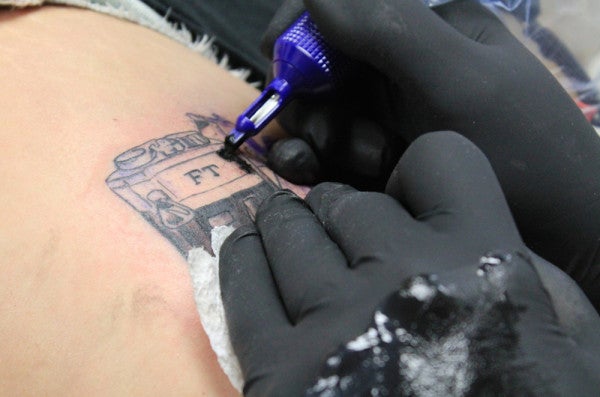 Sometimes you get drunk at the watering hole off base with your platoon drinking buddies and stumble back to the barracks. Other times you black out and end up at a tattoo parlor getting a stripper’s name eternally inked on your ass.

One anonymous Redditor of an unknown sobriety level decided to go a step further and get a full-on back tattoo that extends up to his neck. The problem? He’s in the U.S. Army.

“I got a new tattoo which is extends to my neck and is barely visible when I'm debloused or in PTS … am I fucked?” he asked the r/Army subreddit?

And the replies were ruthless.

“It better be some sick tribal pattern or your CO will kill ya,” wrote user SortaPog.

Others simply replied, “U ded.”

Because the original poster deleted his account and pictures of the tattoo, we don't know for sure if the post is legit. One Redditor managed to find a link to a shoddy picture of the alleged tattoo in question, which appears to show a dark tattoo indeed peeking above the collar of a t-shirt… just the tip.

User RobertFlobert believes it's a stripper’s name, “~$$CHASTITY$$~” to be exact.

Have an idea of what it might be? Drop us a line in the comments.