Many reports detail Pentagon budget cuts that could have a dangerous impact on the overall readiness of our military at... 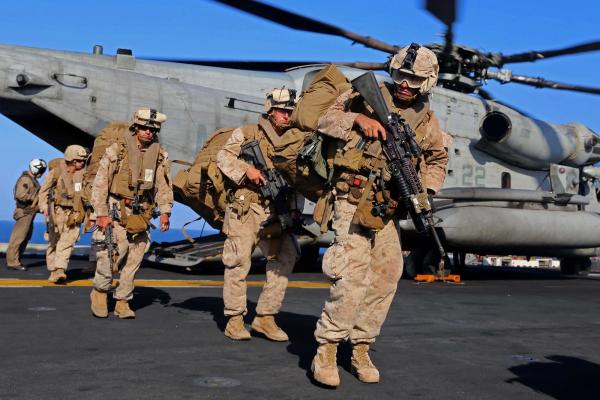 Many reports detail Pentagon budget cuts that could have a dangerous impact on the overall readiness of our military at a time when we can least afford it. Whether it’s the rise of ISIS, the continued al Qaeda terror threat, Putin’s aggression toward Russia’s neighbors, or China’s global ambitions, the worldwide threats to America’s national interests and security are only increasing. This reality is in opposition to current domestic priorities.

Economic and budgetary pressures have forced the country to deal with large deficits. In light of 13 years of constant combat operations, one can understand the desire — perhaps, the need — to pull back from the world, drawdown our forces, and concentrate on our own internal issues.

Despite the seeming intractability of this conflict — readiness to react to threats versus force sustainment capabilities — there is a novel solution. Instead of slashing our defense roles to dangerously low levels, we can convert a large portion, if not a majority, of our forces to a reserve status.

It is a little known fact that for every one member of the active-duty military, we can fund between three and five reservists. The military could reap the required cost savings without completely hollowing out its armed forces. We currently have an entire generation of military veterans who have learned the lessons of war. This is a great resource when planning for future conflicts and for deployment on short notice if/when those conflicts arise (see the rapid response to 9/11 as an example of this requirement.)

Instead of outright cutting these people and losing that institutional knowledge, we should be trying to keep them on, but for as little cost as possible. One way to do this is to shrink our active-duty component to the minimum levels required to meet our overseas commitments and to keep a large contingent of reservists on standby who maintain their readiness at home in the event they must be called to action. And that call to action should only occur with congressional authorization, which would be granted in times of crisis or full-scale war.

In this respect, the nation would see costs savings while minimizing the reduction in readiness and the loss of valuable combat veterans. Also, in the event a major conflict erupts, we would be able to ramp up our forces and capabilities in a short amount of time.

The prospects for such a radical rethinking seem dim given the current political and cultural climate. As a nation, we seem to want to retreat from the world, and ignore the dangerous realities that surround us. We comfort ourselves by saying we have been fighting for 13 years, that we’ve done our part, that the enemy is on the run, and that we don’t have enough money. We have to “nation build” here at home, is the common refrain.

Despite our desire to make this so, the tide of conflict is not receding. In fact, it may be lapping up on our shores sooner than we expect. If we move ahead, as planned, with these proposed military cuts, how will we effectively face future challenges if there is no one left to fight?

Our security will depend on a national strategy that demonstrates vision and foresight. By slashing our military, we only dig the hole deeper. When the next war comes — and it will come — that will just make the climb that much steeper. Following the attack on Pearl Harbor, our military was incapable of executing a significant counterattack or offensive campaign for many months, if not years, afterward because of the lack of readiness. Following Sept. 11, we were able to launch a targeted rapid response in Afghanistan, but it took years to build up our forces to conduct more significant combat operations. We must avoid these types of delay in future conflicts.

It is in our best interest to balance our wants and our needs. In our current threat environment, it’s a requirement.