Many reading this have been there. Some reading this might be there now: A command climate that can only be … Continued 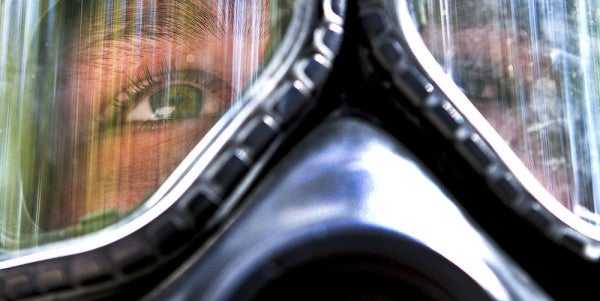 A medic with the 82nd Airborne Divisionís 1st Brigade Combat Team wearing a gas mask prepares to enter a chamber of tear gas during training.
SHARE

Many reading this have been there. Some reading this might be there now: A command climate that can only be described as toxic. Leaders who only look out for themselves. Leaders who micromanage subordinates and destroy morale in hopes of looking good to their own higher. Leaders with extreme adversity to risk, who withhold decisions until the last possible minute forcing subordinates to scramble. Leaders with zero-defect mentalities and slam subordinates for the smallest mistakes. It might be at the battalion, the company or even the squad level, it happens. Toxicity exists, and it drives out many service members who have the potential to be the best and brightest, but didn’t know how to handle the toxicity.

In November 2015, my article “8 Symptoms of a Toxic Command Climate,” laid out examples and traits found in toxic command climates in hopes that up and coming leaders could recognize these traits and not adopt them. Many people responded to the article simply with, “but so what? What can I do if my leaders are toxic?” It’s a very valid question.

Upfront, it’s not an easy answer and the direction that this article takes will hopefully be a stimulus, producing positive individual action that will affect, impress, and cause change. Though it may also not be what you want to hear. When we reach out for assistance in trying to deal with toxic situations, we’re looking for the Holy Grail, the mythical “open door” or ”silver bullet” solution to toxic climates. We’re looking for someone with authority to remove the toxicity in our ranks. Someone to counsel, mentor or retrain those toxic elements. But that doesn’t always happen. So, then what?

It might appear that there is very little a subordinate can do to change the overall situation; however, individual choices and actions requiring special effort might be the catalyst to bring about the change you are looking for. If leaders higher in the food chain don’t see toxicity or don’t want to address it; if they fail to mentor and counsel subordinates to find out what’s going on; if command climate surveys and utilization of open door policies fail, you just might be the one who must act.

Try using the chain of command.

Every policy, regulation, and process for grievances in the military is supposed to start with addressing your problem directly with the “offender.” So start at the source. Does the leader you have, have an issue with realizing he or she is toxic and destroying moral? It’s hard to “mentor up” sometimes. It takes personal courage in order to tactfully confront someone you see as toxic, but sometimes that’s exactly what is needed to address an issue. This can be a longshot, however. Not many toxic leaders want to be told they’re toxic, let alone told they’re toxic by someone subordinate to them. So move up the chain. After all, the chain of command can’t work if it is not given the opportunity to work.

If you’re unsure how to address this with senior leadership, try utilizing its open door policy. Sometimes shining a light on a problem can get things rolling. Informing the chain that there is a problem, a legitimate one, can initiate things like command climate surveys and sensing sessions so higher can get a sense of the unit. You need to prepare yourself, however. It doesn’t always work. Sometimes the echelon above is just as toxic or just doesn’t want to deal with the situation, brushing you off with vague statements like “you should try mentoring up.” So then what?

Sometimes “embracing the suck” is the only recourse.

Finding yourself subordinate to a leader who by virtue of rank and position lords control over you is not an easy thing. How can you deal with it?

Try actually practicing resiliency. If you joined the Army before Sept. 11, it was called “intestinal fortitude,” and then “battle mind.” Since 2009, it’s been dubbed “resilience.” Whatever you call it, how much you have, how you are able to leverage the time-tested wisdom, can be the determining factor in how well you are able to cope with military’s challenges and events, whether they’re physical, mental, or spiritual.

When I attended the Army’s master resilience trainer course, the first day, with its music and cadre dancing about, made me want to scream, “What the hell is this?” From my experience what I was witnessing was akin to the PT belt, a manifestation of what was wrong with the Army today. During that opening session, the sergeant first class course manager thanked us for coming and acknowledged that many of us were undoubtedly wondering, “What is this nonsense?” She assured us that even if this cadre’s particular delivery style was “fluffier” than many of us were used to, the course material and the skills were tested and worth it. She asked us to keep an open mind as we progressed through the training, and ensured us that at some point in the next 10 days one of the modules would click making everything else click as well. I was skeptical, becoming more so as the days and lessons progressed with no “click.” It wasn’t until the ninth day, when we were getting into effective praise and active constructive responding, that I felt it. Everything fell into place. The skills and techniques for not only teaching resiliency, but how to utilize those skills in my own life, became clear.

The training in real-time resilience — putting things into perspective, getting hold of your thoughts before they spin out of control and affect your actions — can assist you in getting through the worst of the toxic issues you might be facing. If you haven’t attended a resilience course, I would recommend taking some time and reading up on the topic; the Army’s Comprehensive Soldier and Family Fitness is a good place to start. These skills and techniques enable you to deal with the issues and stresses of bad command climates, and get through them undamaged, or at least leave you an optimistic outlook that things will change for the better.

Be the follower you want following you.

Finally, you have to realize that the military’s hierarchical structure has a purpose, and that you are part of that purpose no matter how high or low in the chain you are. This means you not only have to be a good leader when the time comes, but you also need to know how to be a good follower. Followers — the soldiers, Marines, sailors and airmen who form the foundation of the military services — are how we became the greatest military in the history of the world. Without followers, there is no military.

During a deployment, I was having to slog through a particularly challenging and highly toxic command climate, so I reached out to a mentor for help. I wanted the silver bullet. What I received was some sage, realistic, albeit disheartening, advice.

My mentor told me the following:

The beauty of life is that we have total control about what we say and do; the frustration of life is that we have control only over ourselves. I encourage you, Brock, to be the best version of yourself, and to free yourself of the frustration of worrying about what your commander *should* be doing. “Higher” is never perfect from our vantage points. But remember, we’re always “higher” to someone else, and they often think we’re making some foolish and incorrect decisions.

To be honest, this wasn’t what I wanted. I wanted the problem solved. I wanted the toxicity that was destroying the will and morale of my soldiers and myself to be dealt with. Slowly, though,the advice started to make sense. Part of my frustration, part my stress, was how I was dealing with the situation. Yes, the climate was toxic and there were legitimate concerns; however, I wasn’t handling it as good as I should have been. I wasn’t being a good follower. It was a hard pill to swallow.

No one likes being told they are traveling the path to being toxic themselves, but it happens. You can only control what you can control. What was required was to take what I knew should be happening out of the equation and deal with what was happening. In order to do this, you have to understand that you still have to be a good follower and set the example for those you lead. You are a leader to someone, it doesn’t matter if it’s a private, petty officer, lieutenant or lieutenant colonel, when your subordinates see you being a bad follower — undermining the chain of command, being disrespectful, taking shortcuts — they will take your cue and be bad followers as well.

Being a good follower also allows you the opportunity to analyze the issues, break them down, and isolate individual items that you can change. This enables you to lessen some of the chaos and prevent some of the toxicity from affecting to those under your care. It also protects your reputation. Superiors won’t see you as a negative influence; and your subordinates will see you as someone who will stand up for them.

In short, yes, it sucks that there is no silver bullet for toxic command climates. Until higher echelons actually want to do something about it, the morale and career-killing issues will continue to cause issues within our organizations, sapping our and our subordinate’s will to serve. But remember that without you, the foundation and mid-level leaders, those who are willing to step up when called, our military would be nothing. You are the strength that makes our country the greatest in history, and we shouldn’t let anyone, enemy or toxic leader, take that from us. So I ask that you take a look at yourself and assess what can you do to make your situation better? Because toxic leaders come and go, but your reputation, how your subordinates see and remember how you handled it, will last a lifetime.