How To Fail As A Staff Officer

Editor’s Note: A version of this article, written by Capt. Nate Stratton, originally appeared on The Military Leader, a blog by Drew... 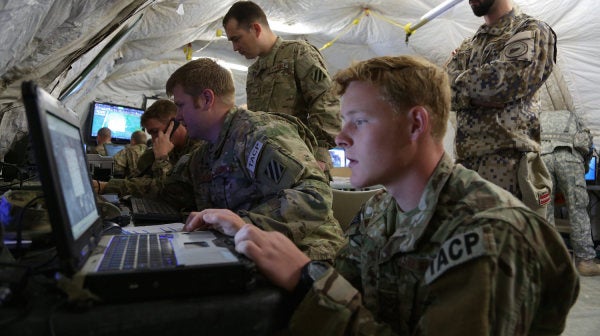 Editor’s Note: A version of this article, written by Capt. Nate Stratton, originally appeared on The Military Leader, a blog by Drew Steadman that provides leader development resources and insight for leaders of all professions.

“I want to claw my way up to brigade staff!” No little kid ever grew up wanting to be the best at briefing slides, brewing coffee, or writing operations orders. There’s a reason war movies don’t portray the struggles of warriors whose meritorious planning performance led to the creation of the perfect brief. Slideology 101 isn’t a required course at West Point.

Time spent on staff, where officers spend the majority of their career, is thankless, laborious work that is too often viewed as a block check between command positions. Much of the Army’s educational emphasis is on success as the man in front of the formation, but the officer’s plight is that he will spend much more time rowing the ship than steering it.

With good reason, U.S. Army Training and Doctrine Command focuses on preparing its students for the key leadership positions they will occupy upon course graduation. I am a product of that focus, having left Fort Benning to assume leadership of a platoon in Kandahar only two months later. Captains get some staff training in the latter half of Maneuver Captains Career Course, but iterations of the battalion-level orders production is scant preparation for a young officer assigned as the battalion planner upon arriving at his new unit.

Down on the line, there are plenty of self-proclaimed experts who will share (aka impose) their insights on how to succeed as a platoon leader or company commander, but few who coach on how to succeed as a staff officer. How does one prepare for time on staff? What skills are necessary? How should priorities change as one moves from leadership to staff? What are the dos and don’ts?

In an effort (if only slightly) to right that imbalance, I offer the following list of pitfalls that battalion and brigade-level staff officers should avoid to help create their own success and fulfill their unit’s mission.

1. Forget that you’re still a leader.

Too often, staff officers forget that although their primary weapon is a laptop and not a rifle, the noncommissioned officers and enlisted members of their organizations constantly watch them. Just because you’re not at the front of the formation for morning physical training doesn’t mean you don’t have to show up. Take the time to counsel your direct subordinates initially and monthly, just like you would your platoon sergeant or first sergeant. Pick an area you can improve on as a leader and take this time to work on it. The bad habits you develop as a staff officer when you don’t think anyone is looking will form the reputation you’ll take with you to your next assignment, so now’s not the time to get fat, whine, or otherwise slack off.

Related: Good leadership sometimes means keeping your opinions to yourself »

2. Treat subordinate units as the enemy.

It’s amazing how quickly we forget what it was like to be in the shoes of our counterparts at the next lower level. Shortsighted staff officers assume that subordinate units’ should only focus on their section’s requirements. But in reality, company executive officers deal with a lot more than just property in their unit and it’s foolish for a battalion S4 to think otherwise. Rather than imposing impossible suspenses on subordinate units, successful staff officers should do as much legwork as possible before handing a problem off to a subordinate. Not only does this create maneuver space for the subordinate, it increases the likelihood that you’ll receive a satisfactory product back on time.

3. Treat higher headquarters as the enemy.

As quickly as bad staff officers get angry at the perceived incompetence of their subordinate units, they are equally if not more short-tempered when dealing with their counterparts at the next higher level. Bad staff officers are expert problem identifiers who love to find issues with everything that higher produces, never appreciating the difficulties and short suspenses that are out of their control. When dealing with higher, treat them the way you wish your subordinate counterparts treated you. Don’t create hostility by calling attention to their mistakes in front of their boss. Choose your battles wisely: Don’t fight every task that comes down the pipe. Realize that they receive orders just like you do. Give them the benefit of the doubt that they fight for you like you fight for your subordinate units.

4. Don’t take the time to get to know your organization.

Because the Army values diverse backgrounds, it’s likely that your second assignment will be in a different type of Brigade than your first one. In most cases, there is a large knowledge gap when officers arrive to their new units, particularly for those transitioning from infantry brigade combat teams to Stryker brigade combat teams or armored brigade combat teams. Out of laziness or a fear of looking ignorant, bad staff officers don’t take the time to learn the finer points of their new outfits. Self-instruction from the right manuals is a valuable method, but there is no substitute for getting out of the office and into the motor pool. Doing so will set you up for success in your follow on assignment and it will improve the quality of the orders you write.

When you’re the same rank as your commander and your boss outranks him, it’s very easy to feel like you can skip the mundane tasks like annual training and dental appointments. Don’t make his tough job more difficult by being uncooperative; just take the 10 minutes to get your flu shot like first sergeant asked you to do. Your cooperation (or lack thereof) doesn’t go unnoticed and it will have repercussions in the future.

6. Hide behind your desk (where it’s not raining).

Bad staff officers rarely leave their office. It should be your goal as a staff officer to pay a weekly visit to every subordinate unit’s command post. Rather than having a nasty email exchange with a subordinate unit counterpart, walk over to his office and talk it out. It’ll show him that you’re willing to meet him halfway and see things from his point of view, both literally and figuratively. As much as poor staff officers hate leaving their office, they also hate being uncomfortable. Don’t look for every excuse to avoid going to the field. Instead, look for ways that you can complete your staff requirements from a tent and learn where you fit in to tactical operations center operations.

When you assume a staff position with no formal leadership role, there will be plenty of excuses (and sometimes even legitimate reasons) to skip out on physical training. The organizational demands are tough to balance with personal responsibilities. Officers who are also good soldiers will not let this happen. Physical fitness is a tenet of military life and an indicator of personal discipline. Plus, you never know what challenges await.

This article, “7 Ways To Fail As A Staff Officer,” originally appeared on The Military Leader.