4 Ways To Manage Millennials In The Military

Lazy. Entitled. Snowflakes. Those are perhaps three of the most common words associated with the millennial generation. Classified as those … Continued 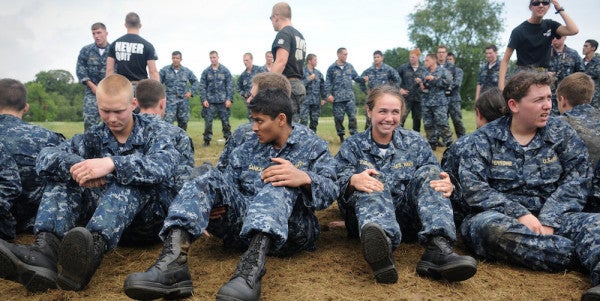 Lazy. Entitled. Snowflakes. Those are perhaps three of the most common words associated with the millennial generation. Classified as those who reached adulthood in the early 21st century, this age group is hated by the media and employers alike. TIME Magazine even referred to it as the “me, me, me” generation.

So what happens when they join the military? Leadership isn’t quite sure what to do with them.

Task & Purpose spoke with Mike LaFeve, a retired Air Force colonel who served 22 years, part of it in Special Operations with multiple combat deployments to Afghanistan and Iraq. He spent three years at the end of his career developing millennial service members into officers and had some tips for anyone charged with leading the so-called unmanageable generation.

“The hardest part is getting past that perception gap,” LaFeve says.

One of the greatest issues faced by leaders who work with millennials is often more of a perception problem than anything else. There is an ongoing narrative in the United States about millennials refusing to work or pay their dues, or quitting when they are unhappy. Though leaders may see some truth to this in specific cases, it happens in every generation. The odds are that most millennials, especially the ones that join the military, do not fit the stereotype of being lazy and entitled.

“The ones that join the military, their motivations are the same as mine . They’re kind of universal, tried-and-true,” he says.

2. Separate millennials from the environment in which they were raised.

“The biggest mistake that could be made is treating differently because of the cultural impression of them,” LaFeve recommends. “They’re no different than us. Their environment was different than ours.”

That environment, LaFeve says, shaped millennials in different ways, but the motivation to join the military remains a constant. He says that it’s silly for the touch-tone-phone generation to hate millennials because they use cell phones. That’s an environmental change.

Millennials should not be blamed or punished for the society in which they were raised, but evaluated for the individual skills they bring to the table.

Millennials grew up in the “everyone-gets-a-trophy” era, but LaFeve says that this actually makes them more competitive, and it’s something leadership can use to motivate them to be better, stronger, and more efficient.

“When you offer them an opportunity to be in an environment where everyone is judged on merit and performance, it’s something they haven’t seen,” he says. “They are really seeking that environment. They want to find ways that they can separate themselves from their peers.”

“[One] of their most positive aspects is that their level of bias — interracial, sexual — is profoundly, exponentially lower than the biases I grew up with,” LaFeve says. “They’re incredibly accepting of diversity.”

While millennials do seek to discern themselves from their contemporaries, they are not competitive in a biased or judgmental way. It’s largely about self-improvement.

LaFeve also adds that millennials are technologically savvy, innovative, and creative. And those characteristics are ones that they will employ throughout their careers, in the military or otherwise, with the right leadership.