Why Leadership Speed Is Critical To Engaging Your Team 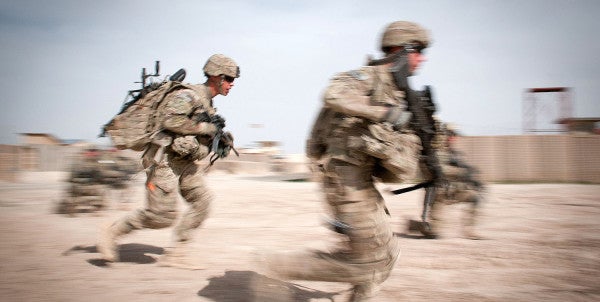 In a post from earlier this year, I shared some of the guidance I issued during my company command time nearly 10 years ago. In “How Do You Spot a Leader?,” I suggested the notion that leaders naturally move faster than everyone else.

If you are a leader and find yourself moving slowly throughout the day, you are probably not doing enough to help out the team. Most of the time, leaders dart from one event to the next, or are focusing to create a new product/presentation that will help the team. They are always looking to identify problems in the organization and tackle them quickly, so that the organization can become better or more effective.

Leaders create and disseminate energy throughout the organization to keep it moving in the right direction and responding appropriately to the environment. There is an inherent risk, however, for naturally driven leaders who move quickly toward success. Today, I want to talk about this risk.

In casual conversation last week, I heard a friend draw a comparison between “individual speed” and “team speed.” I don’t think he had given the terms much thought, but simply used them to label the disconnect that occurs when a leader moves at a pace the team cannot follow.

We see this consistently in purpose-driven, competitive organizations like the military. Passionate men and women prepare for years to assume the mantle of leadership, yet fail to recognize that their subordinates:

New leadership comes in and works the team into the ground. It’s the reverse Pony Express effect: Instead of keeping the same rider and swapping the horse to preserve its longevity, we put a fresh rider in the saddle and expect the exhausted horse to keep on running.

What is Your Leadership Speed?

I use the term “Leadership Speed” to describe this notion of competing speeds of organizational activity. Take a quick look at your organization and you’ll quickly see natural divisions in capability that will result in friction. I mentioned the new leader with an old team, but think about how staff sections function at different paces, or the varying responsiveness that subordinate units will show as a result of competing priorities.

Leaders need to recognize that any number of factors influence how effectively the team will be able to keep up with them. Those who ignore this concept risk not only running their teams into the ground, but also failing to meet priorities. They must also come to the realization that not every activity needs to occur at full throttle. But usually it takes a closed-door session or an organizational breakdown for that to sink in.

Here are a few thoughts to help you get out of the saddle and make sure you’re riding at a pace your horse can actually sustain:

I do want to close by highlighting that leaders must also strive to find that fine line between “getting the most out of the team” and “pushing them too hard.” Military leadership will forever require that leaders extract more out of their individuals and teams than they think they are capable of giving. Leaders must push their units, for combat is the Kentucky Derby. But it is also the leader’s responsibility to ensure the horse arrives at the start gate in top condition, not broken from stress and overtraining.

This article, “Leadership Speed and Why It Matters,” originally appeared on The Military Leader.