If Hollywood wanted to script a movie about the current leadership of the U.S. military, the titles could range from … Continued 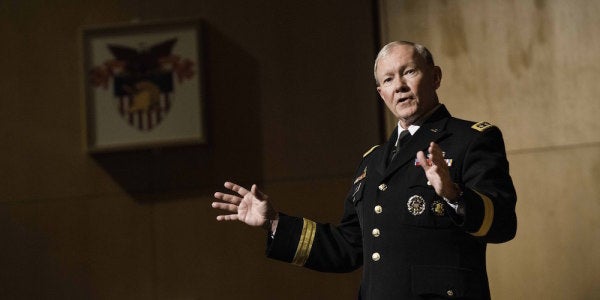 If Hollywood wanted to script a movie about the current leadership of the U.S. military, the titles could range from “Men Behaving Badly” to “How I Committed Some Crimes and Still Got Promoted.” The first might end up in the adult section and the second as a training film, but both would tell the story of the sad ethical state of military leadership in the United States.

In the past few years, senior military leaders have been fired at a surprising pace for offenses ranging from financial mismanagement and fraud, to adultery and rape. Between 2005 and 2013, 18 flag officers were fired — 10 for sexual misconduct and two for alcohol-related offenses, according to statistics compiled by the Associated Press. During that same period, 255 commanders in the rank of lieutenant colonel and above have been removed from command because of personal misconduct. Four out of ten were removed for sexual offenses, such as adultery, harassment, and sexual assault. The surge in character-challenged leaders has brought embarrassment to the military and threatens the credibility of the services with political leaders and the American public.

The misdeeds of U.S. military leaders have been regularly chronicled in the press. Navy Secretary Ray Mabus recently censured three Navy admirals for accepting gifts of extravagant meals and model ships and endorsing a commercial business. A broader investigation of how far that case goes is still underway. Gen. William Ward, former U.S. AFRICOM commander, spent government funds for personal travel, for which he lost a star before retiring. Maj. Gen. Michael Carey, the 20th Air Force commander, was removed from command after a drunken binge during a joint nuclear training exercise in Russia, and Vice Adm. Timothy Giardina, the deputy commander of Strategic Command, was fired after being accused of using fake poker chips in an Iowa casino. Brig. Gen. Jeffrey Sinclair, a former 82nd Airborne Division commander, admitted to having inappropriate relationships with three Army officers and forced to retire as a lieutenant colonel. And most recently, Gen. David Petraeus, one of the most influential military leaders of this generation, had an affair with his biographer and signed a plea agreement to misdemeanor charges of mishandling classified materials.

These are just a few well-known examples of high-ranking officers failing as leaders across the armed forces. There are certainly others who are not known yet. I recently spoke with a female friend who was groped by a drunken flag officer at an official military function. I cringe at the thought of this leader overseeing efforts to stop military sexual assaults in his command.

Top military leaders have been disturbed by the regular stream of questionable behavior of senior leaders. To fix this problem, senior leadership, led by Army Gen. Martin Dempsey, launched a series of initiatives in 2013 to overhaul ethics training, ostensibly to remind them that the same rules that are vigorously enforced at the lower levels also apply to them. “We’ve been living with unconstrained resources for 10 years and, frankly, we’ve developed some bad habits,” Dempsey said in an interview with the New York Times. “It’s those bad habits we are seeking to overcome.”

Providing more training and professional development probably doesn’t hurt. A room full of generals and admirals scrolling through their phones and pretending to listen may be a waste of time, but at least we know that they are not committing any crimes while they are there. The problem with training is that if you have to remind generals and admirals of the rules that they should have been enforcing for years, then the military has a bigger problem than their occasional misbehavior. These leaders should be able to teach these courses. Is it really so hard to remember that having sex with someone who is not your spouse is a crime? Did some of the generals and admirals miss the memo that said sexual harassment would not be tolerated? Maybe they should ask the guy whose signature is on the bottom of the page. That guy was probably them.

Unfortunately, these proposed solutions do not address the real problem. They assume that it is a lack of knowledge, but the real problem is that the U.S. military has developed a promotion system that too often advances careerists, dullards, and in some cases, sex offenders. The problem that these misbehaving generals and admirals have is not one that a PowerPoint slide presentation is going to fix. The problem is that they should never have been promoted to flag officers to begin with. Too many of today’s senior leaders rose through the ranks not because they were outstanding professionals, but because they knew the boxes to fill in order to get promoted. Upon his return to West Point after the end of Desert Storm in 1991, Army Gen. Norman Schwarzkopf, Jr., famously said that the military had too many leaders who sought decorations, awards, and degrees, and did not care who they stepped on in their singular pursuit of getting promoted. It seems that the military still has too many senior leaders who do not have the character to lead.

Our senior leaders have been raised in a culture that places their needs above the needs of the services and the nation. The “me” generation is now wearing stars. Should we be surprised that so many are placing personal gratification over the welfare of the United States? What should the military do?

The U.S. military needs to return to the values and ethics that have made it great throughout its history, and this will take a lot of time. It needs to return to the values of a great profession: courage, commitment, honor, duty, country, service. And if any generals or admirals place their desires above the welfare of the United States, they should be removed not just from command, but from the service.

There is one step that can be taken immediately, and it won’t cost the U.S. military any money. It simply requires every general and admiral to take a few minutes and consider what a movie of their private lives might look like. They need to ask themselves how they would feel if the film was shown at their retirement. Would the film be for adults only? Would their spouses be able to sit through it? Would they worry that the legal office was in the audience? If the answer to any of these questions is yes, then these officers should submit their retirement papers immediately and save their families and themselves from public embarrassment, and spare the military from one more headline about a general or admiral misbehaving.