These F-15s dressed up fly as hell for Halloween

Get ready for supersonic trick or treat! 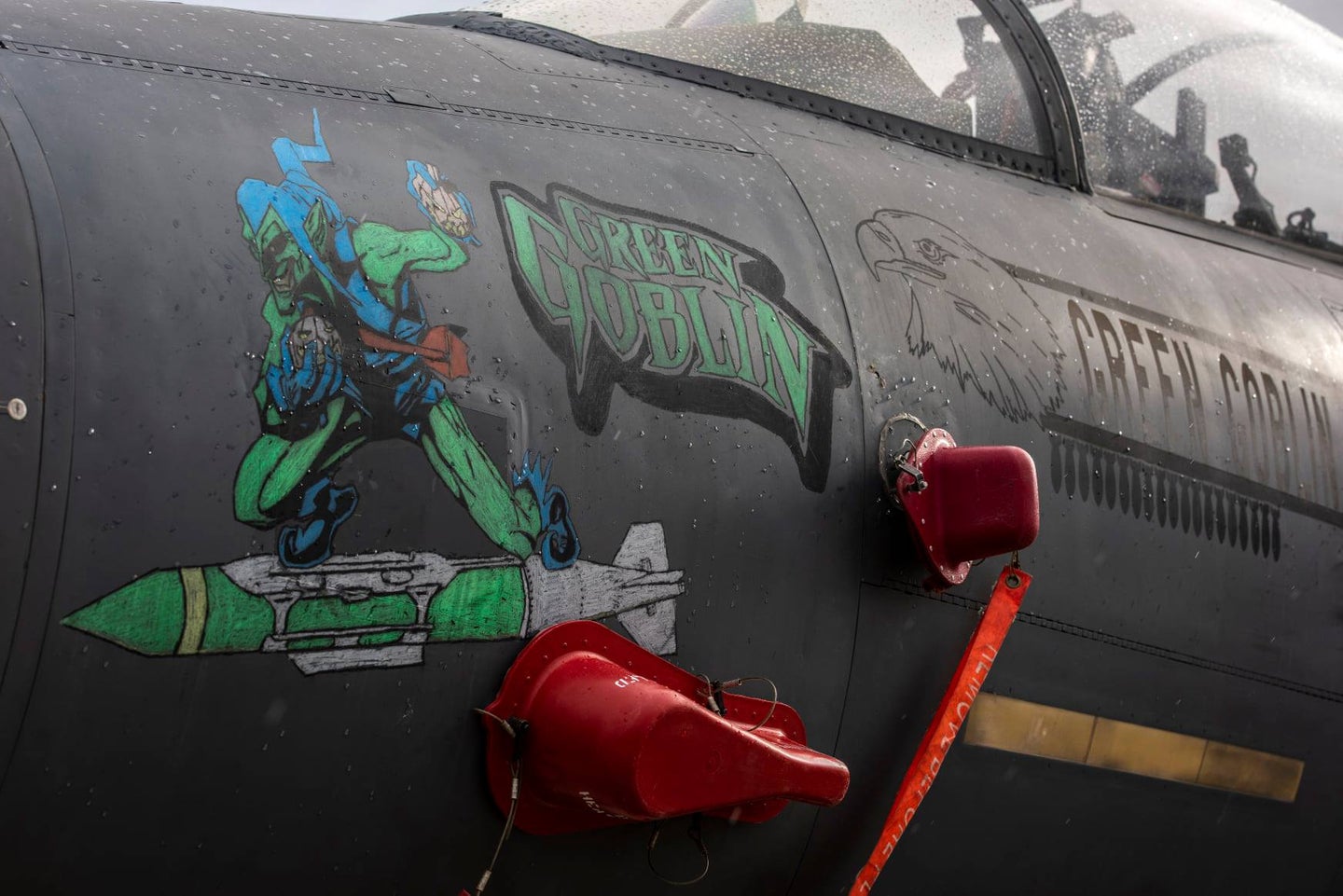 When it comes to Halloween costumes, few Air Force units did it better than RAF Lakenheath’s 492nd Fighter Squadron, whose crews splashed portraits of famous movie and comic book villains on the noses of their Mach 2-capable F-15s.

The Joker, Loki, Killmonger and others were all represented in vivid color on the jets, which were recently featured on RAF Lakenheath’s Facebook page. The base is conducting a poll to find out which of the paint jobs is the crowd favorite. On Thursday afternoon, the three finalists were the Mad Hatter, the Green Goblin, and Thanos. But by Friday morning, the Mad Hatter won the day after a close vote.

“This is BEAUTIFUL,” wrote one Facebook user on the Thanos art, which depicts the Marvel supervillain sprinkling bombs and wearing shades in homage to the salt-sprinkling meme Salt Bae.

Still, the 492nd appears to have outdone the 44th in terms of scale: there were 14 separate villain nose arts featured in the Facebook post, more than four times the number featured on 44th’s aircraft.

Besides the villains already mentioned, the others include Harley Quinn, Darth Vader, Rita Repulsa, and Ray Finkle from Ace Ventura: Pet Detective. Notably, the Green Goblin is featured riding not his typical Goblin Glider, but a Joint Direct Attack Munition (JDAM) precision-guided bomb.

“Would look good as a patch,” commented multiple Facebook users.

There are also real-life baddies and notorious characters such as Vlad the Impaler, Pablo Escobar, Joaquín ‘El Chapo’ Guzmán, and Joe Exotic from Tiger King fame.

Oddly enough, photos of the latter three were taken off the 492nd’s Facebook page at some point after The War Zone first reported the story, but Task & Purpose is re-posting them here.

The 492nd returned to its U.K. base earlier this month after a six-month rotation at Muwaffaq Salti Air Base in Jordan. Like the 44th, the paint jobs may have been applied while the squadron was downrange, as The War Zone reported.

Strike Eagles like the ones flown by the 492nd saw heavy action fighting ISIS in Iraq and Syria, where they also shot down Iranian drones and supported the Delta Force raid on ISIS founder Abu Bakr Al Baghdadi.

Keep up the good work and the sick paint jobs, Kestrels. Happy Halloween!