Now that's how you trick-or-treat! 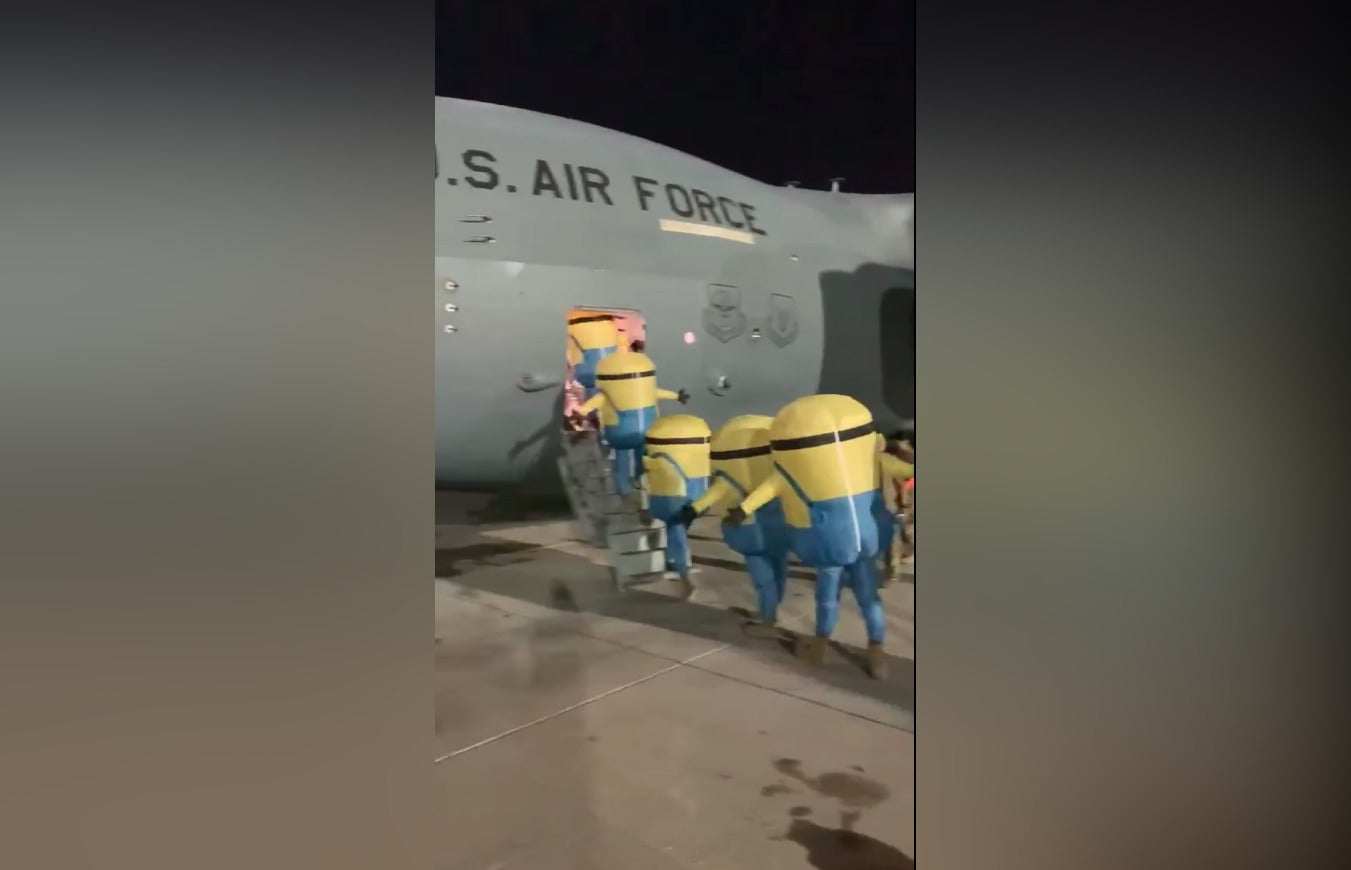 I know nothing about minions, but I know a hilarious video when I see one, and boy did the airmen of the 8th Expeditionary Air Mobility Squadron deliver one for us.

In a video posted on the popular Facebook page Air Force amn/nco/snco on Sunday, a group of 10 airmen dressed as the humble yellow henchmen from the film franchise Despicable Me march onto a C-17 on the flight line of Al Udeid Air Base, Qatar.

The video was shot on Halloween, and no, the airmen did not fly or conduct official business while in minion costume, Maj. Matthew Lucht, public affairs chief for the Al Udeid-based 379th Air Expeditionary Wing, host wing for the 8th EAMS, told Task & Purpose.

Lucht also clarified that minion costumes are not a new uniform requirement at Al Udeid, much to my disappointment.

A second video shows the minions disembarking the C-17 alongside an airman dressed as Gru, the scarf-wearing supervillain from Despicable Me.

When they’re not dressed up as banana-colored henchmen, the airmen of the 8th EAMS load cargo onto transport jets bound for bases across U.S. Central Command, which covers the Middle East and Southwest Asia.

What kind of cargo? The whole gamut, including food, blood, fire trucks, boats, tanks, helicopters, missiles, and entire hospitals, and command centers, according to a May 2 press release.

The amount of stuff the squadron moves is mind-boggling: each month they are responsible for transporting 10 million pounds of cargo and 5,000 passengers. That accounts for more than a third of all the airlift operations in Europe and Southwest Asia.

“If it fits on a C-17, Boeing 747, or C-5, we move it,” said Lt. Col. Michael Ridley, commander of the 8 EAMS, in the press release. “If we stop moving, then supplies, ammunition, rations, weapon systems and warfighters stop moving.”