“When the astronauts have to go, we want to allow them to boldly go." 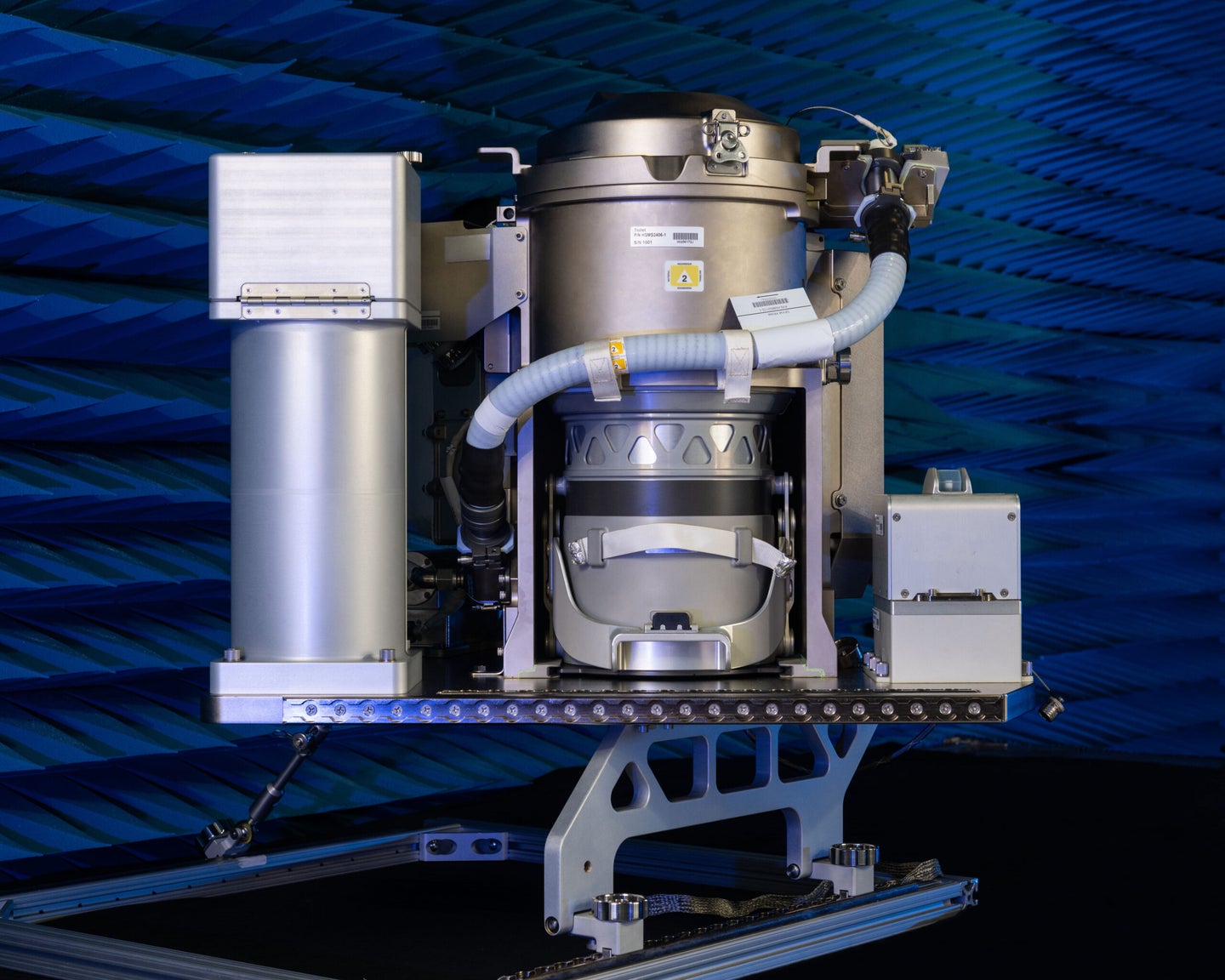 If you’re stuck on a spaceship during a multi-year mission to Mars, there’s only so much water on board to go around. That’s why every drop, including urine and sweat, must be recycled for the next day’s refreshment.

“When it comes to our urine … today’s coffee is tomorrow’s coffee!” said NASA astronaut Jessica Meir in a September press release.

But reclaiming urine is a complicated process that has to be done exactly right, otherwise that coffee will have a lot of unpleasant and unhealthy flavor notes. That’s why NASA’s new $23 million space toilet uses extremely powerful acids to treat astronaut pee so that it’s sparkling clean.

The toilet, which was launched off the coast of Virginia last week on a rocket headed for the International Space Station, uses acids so strong that only a handful of metals that can withstand them over an extended period of time, Jim Fuller, an aerospace engineer told The Verge earlier this month.

Titanium is one of those metals, said Fuller, the project manager for the Universal Waste Management System (UWMS) at Collins Aerospace. Unfortunately, titanium’s a pretty hefty type of metal, so NASA developed a 3D-printed technique to make the titanium parts lighter than usual.

It’s a complicated process, but for a worthy cause, Fuller told The Verge: “When the astronauts have to go, we want to allow them to boldly go.”

Astronauts have been drinking recycled urine aboard the ISS since 2009. However, this new toilet makes the process more efficient and more comfortable. It also uses powerful acids which UWMS project manager Melissa McKinley said needs to be strong enough to control fungal and biological growth in human urine and also reduce the risk of fouling downstream equipment.

“If it’s not at the required concentration, then it won’t be effective enough to provide the required microbial control” and prevent chemicals from building up in the system, she told Task & Purpose.

The acid is just one part of the complicated task of getting humans to the moon and Mars. For that to happen, astronauts will need a regenerative system that reclaims water not only from the toilet but also from the air, Meir explained.

NASA’s goal is to reach 98 percent recycling rates before the first human missions to Mars. Until then, the space station is the only in-space test spot for long-term recycling systems. Indeed, a second UWMS will be installed on NASA’s new Orion spacecraft, which the agency hopes will someday carry astronauts to the moon.

Of course, fungal build-up isn’t the only issue with urine in space. There is also the lack of gravity, which would make visiting the loo a messy affair.

For urine, astronauts use a funnel and hose that has a fan that pulls urine away into the water filtration system. For fecal matter, astronauts do their business through a small hole in the toilet seat. A fan then pulls the waste into a plastic bag, which is then compacted into a removable fecal storage canister.

Poop is not recycled for water recovery, but NASA is looking into the possibility, the agency wrote.

Toilets on the International Space Station have used suction for years, but a cool new feature of the UWMS toilet is that it allows women to use the funnel and seat simultaneously.

“The funnel design was completely re-contoured to better accommodate the female anatomy,” McKinley told The Verge. “And particularly this is a concern when the crew members are trying to do dual ops — when they’re doing both defecation and urination at the same time.”

The toilet also has foot restraints and handholds that astronauts grab onto to keep from floating away, which is a big improvement over the traditional thigh straps, NASA wrote.

“The UWMS seat may look uncomfortably small and pointy, but in microgravity it’s ideal,” NASA said. “It provides ideal body contact to make sure everything goes where it should.”

Another new feature of the UWMS is that it automatically starts flowing air as soon as the lid is lifted, which helps with odor control It is also 65 percent smaller and 40 percent lighter than older models, and it has corrosion-resistant parts to reduce maintenance needs.

“Less time spent on plumbing means more time for the crew to spend on science and other high-priority exploration-focused tasks,” NASA wrote.

As cutting-edge as UWMS may seem, it could only be the first of many super space toilets to come. In June, NASA launched a Lunar Loo Challenge to crowdsource ideas for smaller, more efficient toilets that can work in both microgravity and lunar gravity.

And they got a shit-ton of ideas: though the deadline for submissions was on August 17, NASA announced late last month that due to the volume of submissions, the judges would need an extra month to decide on a winner.

From holes in the ground to indoor plumbing to space toilets, humankind’s commode technology has kept pace with its quest for new horizons. To the stars!