U.S. troops landed in Iceland last week ahead of the start the largest NATO military exercise since the Cold War,... 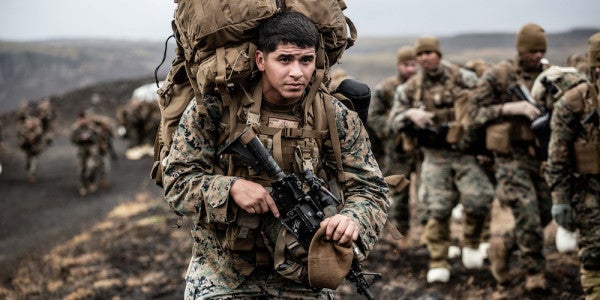 U.S. troops landed in Iceland last week ahead of the start the largest NATO military exercise since the Cold War, and apparently, they left their mark in the most appropriate way possible: by drinking every last beer in the nation's capital.

A significant number of bars in downtown Reykjavík were forced to make emergency beer runs under the onslaught of thirsty American sailors and Marines in town for the start of Trident Juncture 18, Iceland Magazine reports.

Local media estimate that 6,000 and 7,000 U.S. military personnel exhausted beer cellars across the Icelandic capital in the span of a single weekend.

The details from Iceland Magazine are, frankly, hilarious (emphasis ours):

The local news site Vísir reports that the brewery Ölgerð Egils Skallagrímssonar, which makes the popular Gull, had to send out emergency supplies to the bars. According to the sources of Vísir, the soldiers preferred local beers over imports and were very willing to sample different microbrews as well as the more popular standard lagers.

The local blogger Eiríkur Jónsson spoke to restaurateurs who said they had never experienced a similar situation. Bar owners who ran out of beer tried to solve the issue by borrowing from bars which were better stocked, while members of the delivery team from Ölgerðin were called out to help the bar owners cope, but “they were fighting an overwhelming force,” as Eiríkur puts it.

Nearly 50,000 troops from 29 NATO allies (plus Sweden and Finland) are participating in Trident Juncture 18, backed up by 65 naval vessels, 150 aircraft, and more than 10,000 vehicles — all of which makes for thirsty work. And if anything, Trident Juncture will leave NATO leaders with one important strategic conclusion: When all else fails, you can always drink the enemy under the table.