The Best Melee Weapons In US Military History, Ranked

When you're out of ammo and out of options, war gets up close and personal 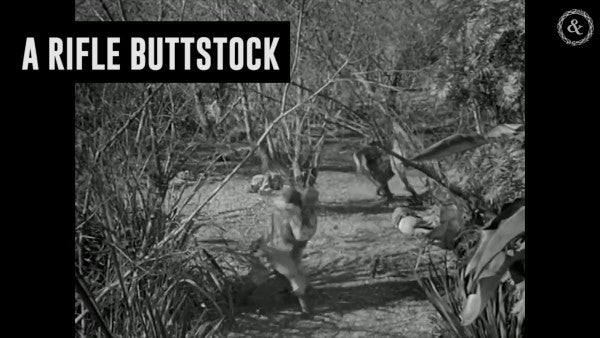 The U.S. armed forces have engineered all manner of weapons to defeat enemies from afar, from the Brown Bess muzzle-loading smoothbore musket of the Revolutionary War to the GBU-43/B Massive Ordnance Air Blast (the “Mother Of All Bombs”) we dropped on Afghanistan in 2017.

But sometimes, when you're out of ammo and out of options, war gets up close and personal — and sometimes, the simplest ways of fighting are best.

But which U.S. military melee weapons is the finest? Here's an incomplete and egregiously unscientific ranking of American blades and bludgeons.

This list was partially inspired by a recent feature in The War Zone about the Air Force's Order of the Sword and its ceremonial weapons that, as Joe Trevithick masterfully put it, “look better suited to a pulp high fantasy novel, video game, or cartoons such as He-Man, She-Ra, or the ThunderCats than a modern-day military gathering.” These include Master Swords belonging to Air Force Special Operations Command, Air Force Global Strike Command, and so on, all of which look distinctively badass.

Unfortunately, none seem especially efficient in a brawl — unless you're counting on striking fear into the hearts of your foes before you actually have to swing the damn things.

When in doubt, just follow the example of Fred Henry McGuire, the Navy Corpsman who earned the Medal of Honor after he found himself out of rounds while fighting in the Philippines in 1911. From his citation: “After emptying his rifle into the attackers, he closed in with rifle, using it as a club to wage fierce battle until his comrades arrived on the field, when he rallied to the aid of his dying leader and other wounded.”

Pro: Your name will live on in a citation somewhere for lethal ingenuity

The entrenching tool has been a staple of infantry kits since the age of the Roman Empire, and for good reason: They're more of a Swiss Army Knife for war fighters than the Swiss Army Knife ever was. And naturally, the usefulness of the E-tool extends beyond entrenching. Just take it from Army Command Sgt. Maj. John Wayne Troxell, who recommended U.S. forces deliver an e-tool beatdown to ISIS fighters they encounter downrange. Or even better, 'E-Tool' Smith.

Con: Not explicitly designed for slashing, stabbing, or bludgeoning

A staple of the Marine Corps arsenal since 1859, its use has been gradually restricted to ceremonial or drill exercises in recent decades. For the especially badass, consider finding yourself an authentic Marine Corps officers' Mameluke sword from the early 19th century: compared to its Civil War descendant, the Mameluke carries some of the prestige of the Corps' performance during the First Barbary War that introduced the blade to the U.S. in the first place.

The 1219C2 combat knife entered into service for Marines in November 1942 before becoming the Mark 2 combat knife. This knife … well, this knife fucks.

Con: Neither flashy nor exotic

U.S. military history is littered with tales of epic beatdowns, but few capture the potential of hand-to-hand combatives than that of five privates from Company G, 9th Infantry Regiment, 2d Division, American Expeditionary Forces, who earned Distinguished Service Crosses on July 18, 1918, for beating the ever-loving shit out of a detachment of 60 German soldiers.

According to their citation, the men earned their awards by “attacking a party of more than 60 Germans and, in an intense and desperate hand-to-hand fight, succeeded in killing 22 men and capturing 40 men and five machine-guns.”

The motto of 9th Infantry is apparently, “Keep up the fire!” For that one day in July 1918, it was absolutely “come at me bro.”

1. An enemy's own weapon

As if capturing armed troops with nothing but your meatpaws wasn't humiliating enough; imagine disarming and then completely incapacitating an enemy with their own weapon — and living to tell the tale. Actually, instead of imagining, just learn from Marine Cpl. Clifford M. Wooldridge, who actually pulled this off in June 2010.

“As he crouched back behind the wall to reload, he saw the barrel of an enemy machine gun appear from around the wall,” according to his citation. “Without hesitation, he dropped his empty weapon and seized the machine gun barrel. He overwhelmed the enemy fighter in hand-to-hand combat, killing him with several blows to the head with the enemy's own machine gun.”

Con: Difficult to pull off

Pro: Fucking awesome if you do.