How To Turn Idea Generation Into A Well-Honed Skill

“Think, think, think” is a favorite phrase of A.A. Milne’s Winnie-the-Pooh. He sits, usually on a tree, furrows his brow,... 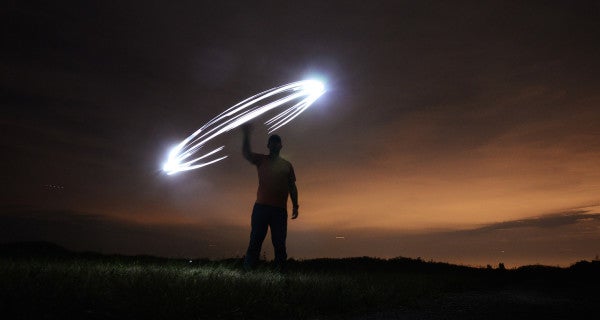 “Think, think, think” is a favorite phrase of A.A. Milne’s Winnie-the-Pooh. He sits, usually on a tree, furrows his brow, and scratches his head. Whether he’s lost in the Scary Forest or throwing a party in the “100 Akre Wood,” he commands himself to think whenever he is in need of a creative idea.

Pooh is a “silly old bear” because he believes things that everyone else knows aren’t true. Pooh tries to force serendipity, not knowing that serendipity is a matter of chance. But, as is usually the case, maybe Pooh knows something we don’t.

The term “Serendipity” originates from a Persian fairy tale of three princes from the Isle of Serendip. These princes possessed a keen power of observation, and they chose to use their power to make discoveries, even if they didn’t know exactly what they would discover. According to Pagan Kennedy, author of the forthcoming book “Inventology: How We Dream Up Things That Change The World,” “At its birth, serendipity meant a skill rather than a random stroke of good fortune.”

Generating new ideas is a skill that we can decide to use. As with any skill, some will do it better than others. Nonetheless, we can all improve.

Nathan Myhrvold, profiled in a 2008 New Yorkerarticle by Malcolm Gladwell, is the former head of Microsoft Corporation’s research division. Myhrvold left Microsoft in 1999 with “hundreds of millions” of dollars to found Intellectual Ventures, a company whose purpose is to generate ideas. Intellectual Ventures prefers crowded industries where others are already working. Myhrvold and his team brainstorm fields like cancer treatment or mass transportation. Regardless of the field, their creative recipe is the same: They assemble experts from diverse backgrounds, briefly familiarize the group with the latest research on the topic, then start generating ideas. A typical session is one to two days long and results in dozens of patents.

Related: 3 things for fostering innovation in the workplace.

Myhrvold also took on a hobby when he left Microsoft, one that reflected his penchant to search for the hard to find: paleontology. He uses the same strategy to hunt for dinosaur bones as he uses to hunt for ideas, establishing a team from diverse backgrounds to look in areas that others have already studied. The Fort Peck reservoir in Montana is well-known in the field of paleontology and has been searched regularly for over 100 years. Yet, Myhrvold assembled his team and, as he described it, “looked at the ground.”

His team’s distinguishing characteristic was naïveté. They looked where others already had and with team members who weren’t paleontologists. Despite this, or perhaps because of it, Myhrvold’s results were impressive. Between 1909 and 1999, 18 Tyrannosaurus rex specimens were located in Fort Peck. In 10 years of looking since 1999, Myhrvold and his team found nine more.

According to Gladwell, Intellectual Ventures and T.rex hunting told the same story: “You sent a proper search team into territory where people had been looking for a hundred years, and, lo and behold, there’s a T. rex tooth the size of a banana. Ideas weren’t precious. They were everywhere, which suggested that maybe the extraordinary process that we thought was necessary for invention—genius, obsession, serendipity, epiphany—wasn’t necessary at all.”

As banal as it sounds, the most important step in generating new ideas is consciously deciding to generate new ideas. We often don’t bother because we assume others have beat us to it: “I’m sure somebody else has thought of this already.” If everyone says this of everyone else, though, no one is left to look for new ideas.

If there was ever well-worn territory in the search for new ideas, it would be the field of military leadership. How does a platoon sergeant, for instance, get a group of young soldiers to work hard, remain disciplined, and commit to the team?

Platoon sergeants have puzzled over these issues for as long as platoons have existed. The fossil-hunting (or Intellectual Ventures) approach would see evidence of the topic’s importance in the fact that others have struggled with the issue. The fossil hunter’s first step would be to assemble a diverse team. Platoon sergeants would be included, but they would also include higher ranks, lower ranks, and civilians. Perhaps a foreman from industry or a police sergeant would be invited to participate. With the team assembled, they would consciously commit to generating new ideas, and they would expect themselves to deliver new ideas.

The approach would work for the leadership issues military members face every day. It would also work for issues even more vexing: how to counter ISIS’ radical ideology, combat terrorism around the globe, fight a war in Afghanistan while preparing for a war against major world powers, and how to do all of it with less.

These challenges call for a more innovative military. Innovation is not synonymous with the generation of new ideas. Instead, innovation is the process of trying new ideas to see if they work, then scaling those new ideas to the point where they change the way we operate. Idea generation, though, is the first step to innovating. It’s often a limiting step. We may believe that the mandatory “Yes, sirs” and “Yes, ma’ams” of military training have zapped our idea-creation genes. Or we may believe that generating new ideas is a form of genius; we either have it or we don’t.

But this isn’t entirely true. While some people are naturally more creative than others, generating new ideas is as much a matter of deliberate choice as it is a matter of genius. What looks like genius may be a well-honed skill. Honing that skill is a matter of committing to doing so, furrowing our brows, scratching our heads, and “think, think, thinking.”