Like many transitioning service members, Jason Russell struggled with translating his valuable Army experience and knowledge as a helicopter mechanic... 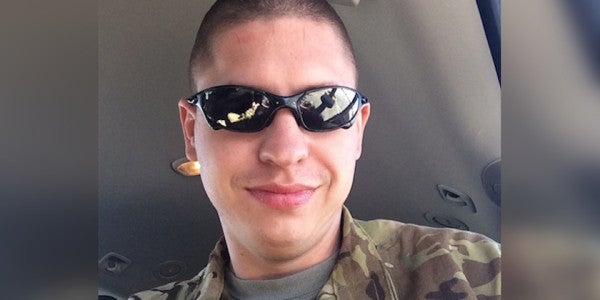 Like many transitioning service members, Jason Russell struggled with translating his valuable Army experience and knowledge as a helicopter mechanic for a special operations unit to the civilian workforce. Microsoft, with its commitment to veterans, provided him with the technical skills and direction he needed to pursue a successful career in the technology industry.

“As I was transitioning out of the military, I had the opportunity to do a six-month internship with the business continuity and risk management team at Microsoft,” Russell says. “It wasn’t IT-based, but going up there and experiencing the environment was really amazing. I enjoyed how everyone worked and felt like they were part of a team. That was something I was afraid I was going to lose when I left the military.”

Inspired by his time at Microsoft, Russell enrolled at ITT Tech to pursue a degree in cybersecurity, but his plans were derailed when the school shut down in the middle of his degree program.

“We didn’t find out it was closing until a week before the quarter was about to start,” Russell says. “I was unemployed and using VA benefits while I was going to school. I had to scramble to get everything fixed. I went to St. Martin’s University on base (Joint Base Lewis–McChord) to see what my options were around Washington.”

During this stressful time, Russell was thrilled to discover he was eligible to attend the Microsoft Software & Systems Academy (MSSA), a program to prepare transitioning service members and veterans for today’s digital economy and pursue high-demand careers in the technology industry. “I’d assumed it was only for transitioning service members,” he says. “My class was the first dedicated to veterans.” Launched in November 2013 at Joint Base Lewis–McChord near Tacoma, Washington, MSSA is an industry leader in training active-duty service members for technology careers. It is also a cornerstone of the DoD Skillbridge program, which offers veterans training, with the hope that the employer can ultimately hire the veteran.

For 18 weeks at St. Martin’s University, Russell studied the technical skills needed to pursue a career in server and cloud administration, as well as database and business intelligence administration. “The most challenging part of the MSSA program is how much data is thrown at you in such a short amount of time,” he says. “The first week is slow-paced, getting everything in order. After that, it’s like drinking from a firehose. I like to understand everything, but you don’t really have time to be able to do that.

“At the same time, that was my favorite part,” he adds. “There was so much data, you could learn as much as you possibly wanted. There wasn’t a limitation. It really depends on how much work and time you put into it. It was a struggle, but it was probably the best thing about the program.”

Russell credits much of his success to the unparalleled support and insight of the St. Martin’s faculty members and the Microsoft mentors who worked together to keep students on track and moving towards their goals.

“The teachers were amazing,” he says. “Many would stay with you after class if they could. They were prepared for people who weren’t involved in IT before getting out of the military. Also, the mentors Microsoft provided were invaluable. Many had gone through the MSSA program. They understood where we were and took time out of their busy schedules to explain what we were getting ourselves into, and prepared us for the particular positions we wanted so we knew what to focus on during the class.”

Getting an inside look into the Microsoft interview process was another program highlight for Russell.

“Most people who were getting out of the military didn’t have an actual interview experience to draw from,” he says. “If they did, it was with a small restaurant or business. There was a general lack of understanding how the process works.”

Russell was able to learn, grow and take the experience with him to his next opportunity.

“I was hired before the class even ended,” he says. “Recruiters from Robert Half came down to tell us more about the company and let us know that they were looking for veterans from the MSSA program. I wasn’t even on the list that was supposed to be interviewing for the position, but I was there and they were willing to talk to me.”

Robert Half, a global staffing firm, is one of more than 300 hiring partners for the MSSA program. Given its specialty in staffing and recruitment, Robert Half is also uniquely positioned to help veteran job seekers find rewarding careers with like-minded companies across the United States and the world.

Even though Russell says that many of the technical skills he learned as a helicopter mechanic didn’t carry over directly into the lab engineer role Robert Half placed him into, he knows the value veterans inherently add to the technology industry.

“What really translates over are your military skills, your willingness and drive,” he says. “It really does set you apart when you come to Microsoft. Because there’s so much ingenuity and forward thinking, sometimes you need that grab back to reality. The military is really good at that. We’re always looking forward, but we’re always present in the now. That skill set of being able to stop, pause and analyze the entire situation and proceed is something that is invaluable in this industry.”

Reflecting on his own success, Russell urges fellow veterans to consider applying for the MSSA program.

“It’s a chance of a lifetime,” he says. “The program gives you an opportunity to get in front of the employers and avoid the automated screening that filters you out before you even start. Also, getting to visit the Microsoft campus and see how things work, that’s huge. These benefits alone make the program worthwhile.” Click here to learn more.

Founded in 1948, Robert Half is the world’s first and largest specialized staffing firm. The company has more than 300 staffing locations worldwide and offers job-search services at roberthalf.com.