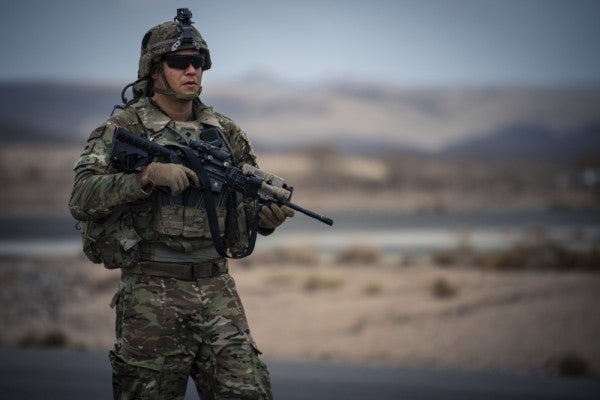 A U.S. military rapid response team has been deployed to a military base in Manda Bay, Kenya after an attack there by the Somalia-based terrorist group Al-Shabaab killed a U.S. service member and two Pentagon contractors on Sunday morning, according to a statement from U.S. Africa Command.

The team, the East Africa Response Force (EARF) is supposed to secure the airfield at the base, AFRICOM explained in its Monday statement. Army Maj. Gen. William Gayler, director of operations for AFRICOM, said EARF gives commanders the ability to respond swiftly to a range of crises in the region, including the protection of U.S. citizens, disaster relief and humanitarian assistance.

“The EARF's ability to respond to events spanning a vast area of responsibility provides a proven and invaluable on-call reinforcement capability in times of need,” Gayler said in a statement.

Sunday's attack by Al-Shabaab claimed the lives of an American soldier, Spc. Henry “Mitch” Mayfield Jr., and two Department of Defense contractors whose names have not yet been released. Fewer than 150 U.S. service members were present at the base at the time of the attack, an AFRICOM spokesman told Reuters on Sunday.

Al-Shabaab also killed more than 80 civilians in a Dec. 28 attack in Mogadishu, Somalia, AFRICOM said. The command said it did not suspect the Sunday attack was linked to Iranian retaliation for the U.S. killing of its top general, Qassem Suleimani in an airstrike. However, AFRICOM said it has “observed other nations, including Iran, seek increased influence in the Horn of Africa.”

This isn't the first time EARF has responded to a crisis. Last year, EARF deployed to Libreville, Gabon in support of potential unrest in the neighboring Democratic Republic of the Congo (DRC). Their mission was to secure U.S. citizens, personnel and diplomatic facilities in DRC, the Army said.

“Essentially our company is able to be the primary response force for the majority of the African continent,” said Capt. Connor McCarthy, commander of Bravo Company, 1-26th infantry battalion 2nd Brigade Combat Team, 101st Airborne Division, at the time. “Though it isn't always the best of situations, if we get the call, our company is always ready to support.”