After more than 14 years of continuous combat — the longest period in our nation’s history — the service members... 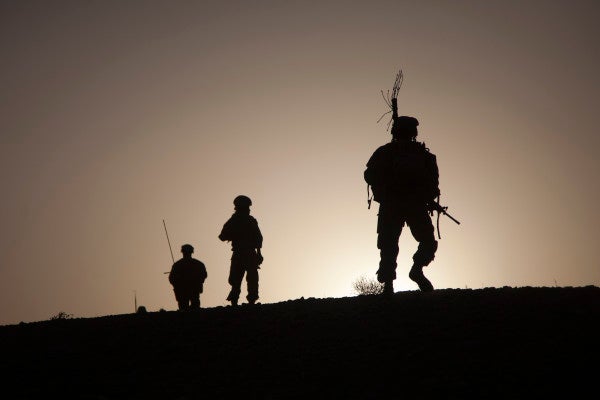 After more than 14 years of continuous combat — the longest period in our nation’s history — the service members of this new generation are returning to communities across America.

But what does it really take to bring them home?

After the Second World War, our troops floated home on ships. Despite a long and uncomfortable journey, often taking several months, the travel time provided them an opportunity to process their experiences together. These veterans had access to peer support that was essential to their healing.

In most cases, today’s warfighters have not had that opportunity. After serving seven months in Afghanistan and seeing more than 25% of my men wounded in action, I boarded a plane and was back in the United States in just a few days. Within weeks of our return, many in our group were gone, having been transferred to new units and duty stations or having left the service completely.

We never had the time to heal together.

Long after our guns fall silent and the physical fighting ends, our service members and veterans continue fighting the toughest battles they’ll face — on the mental, emotional and spiritual plains. As Dr. Sheldon Kopp once said, “All of the significant battles are waged within the self.” Too often, these battles are fought alone.

This past Memorial Day weekend, I reunited with my unit to commemorate the five-year anniversary of our arrival in the upper Sangin Valley of Helmand province. Hosted by the nonprofit Semper Fi Fund, Marine veterans and Gold Star family members from around the country — over 80 members of our unit — traveled to a farm in Southold, New York, to reconnect, remember, and recover together.

We slept in big tents with cots and sleeping bags and spent time around the campfire sharing war stories. For many of us, this was the first time we had seen each other since returning home in 2010. The impact of the reunion was immediate and powerful. For a short time, we were a unit again — just a group of Marines on a field training exercise like so many times before.

We shared meals, showered sparingly, played jokes, wrestled, and reminisced. We also connected with the families of some of the men we lost, honoring their sons, brothers, husbands, and fathers with a proper memorial service. We connected with a local community that rose up to support us — they served meals, knitted pillow cases, and came bearing thank you cards. Most importantly, they spent time getting to know the young men who were sent off to war on their behalf.

They also witnessed the true cost of freedom, falling silent along with everyone else as several Marines somberly drove six crosses into the ground; crosses they had just built with scraps of wood from the farm in preparation for our memorial service. We honored the five men we lost in Afghanistan and another who took his own life after returning. For the first time, my Marines were truly welcomed home.

Free from the isolating stigma of being labeled as broken veterans, we received information about resources available to those struggling with combat stress, post-traumatic stress, traumatic brain injury, and other common issues. Instead of being alone in a sterile exam room or office receiving confusing diagnoses and medication, we were together in a welcoming and supportive environment receiving education and actionable information.

Suddenly, the challenges we believed we faced alone — issues that had haunted us for years — were no longer personal flaws to be ashamed of. They were simply another shared obstacle we would overcome together.

No service member or veteran wants to be dependent for the rest of his or her life. Through our unit reunion we were able to help each other address issues head on and rebuild peer support networks that seemed to disappear when we returned home.

I have no doubt that lives were saved. Throughout the weekend there was a palpable sense of hope in the group — hope borne from a renewal of the warrior spirit that can only occur when surrounded by those bonded through the cauldron of combat.

After this experience, I’m convinced we do not have to fight the battle of reintegration by ourselves. We must reunite brothers and sisters in arms to finish the fight. We can no longer send units to war together and expect them to heal alone.

With the support and knowledge of the Semper Fi Fund and America’s Fund, every community in America has the capacity to do what the town of Southold did for my Marines. By so doing, perhaps Americans would better understand what is being asked of our military when our nation goes to war — and our veterans would have the opportunity to win the battle to return home just as they have overseas: together.