The Navy Wants To Do Two Carriers At The Same Time

What would you do if you had billions of dollars? Two carriers at the same time, man. The Pentagon has … Continued 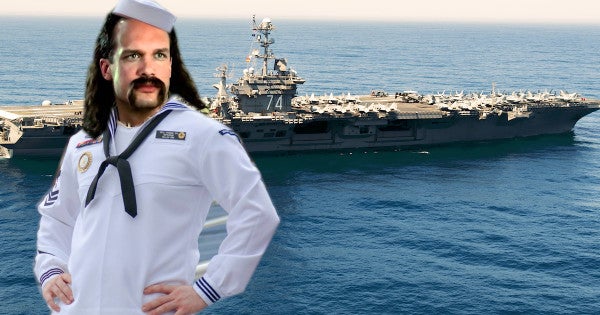 What would you do if you had billions of dollars? Two carriers at the same time, man.

The Pentagon has ramped up its evaluation of a Navy proposal to purchase both the third and fourth vessels in the beleaguered Gerald R. Ford-class aircraft carrier program in one fell swoop, Bloomberg News reports, a significant step in the branch's push for a 12-carrier fleet.

A contract with Huntington Ingalls industries for the next two of the $13 billion super carriers could potentially save the service around $2.5 billion, as Navy Secretary Richard Spencer told reporters in August. Funds for a fourth Ford-class carrier were approved as part of the fiscal 2019 National Defense Authorization Act.

While the Navy has been eyeing a two-carrier purchase since March as part of the service's push for a 355-hull fleet, the single contract could prove a major boon for a program that, per The Diplomat, has failed to meet cost-cutting goals amid the prospect of future cuts to defense spending.

“We are conducting an evaluation to ensure we have the warfighting capabilities to compete and win,” Deputy Defense Secretary Pat Shanahan told Bloomberg News in an Oct. 19 statement. “Any decision will factor in strengthening the industrial base and delivering best value for taxpayers.”

Savings are great, but there's a big problem with the contract beyond the opportunity it presents for Office Space innuendo: It's a sweet deal for a boat that, last we checked, had a bunch of serious problems.

The DoD Office of the Director of Operational Test and Evaluation's intensive assessment of the Ford, published in January, detailed “poor or unknown reliability” issues across critical systems from weapons elevators to radar, deficiencies that could “affect the ability of CVN 78 to generate sorties, make the ship more vulnerable to attack, or create limitations during routine operations.”

More embarrassing issues have cropped up in the intervening months. In May, the Ford was forced to return to Naval Station Norfolk in Virginia due to an alarming manufacturing defect in the propulsion train, a problem that came just as NAVSEA announced that the total cost of the carrier would balloon to around $13.03 billion — well above the $12.9 billion cap lawmakers set the previous April.