No, Russia’s new fighter jet can’t fly at twice the speed of light 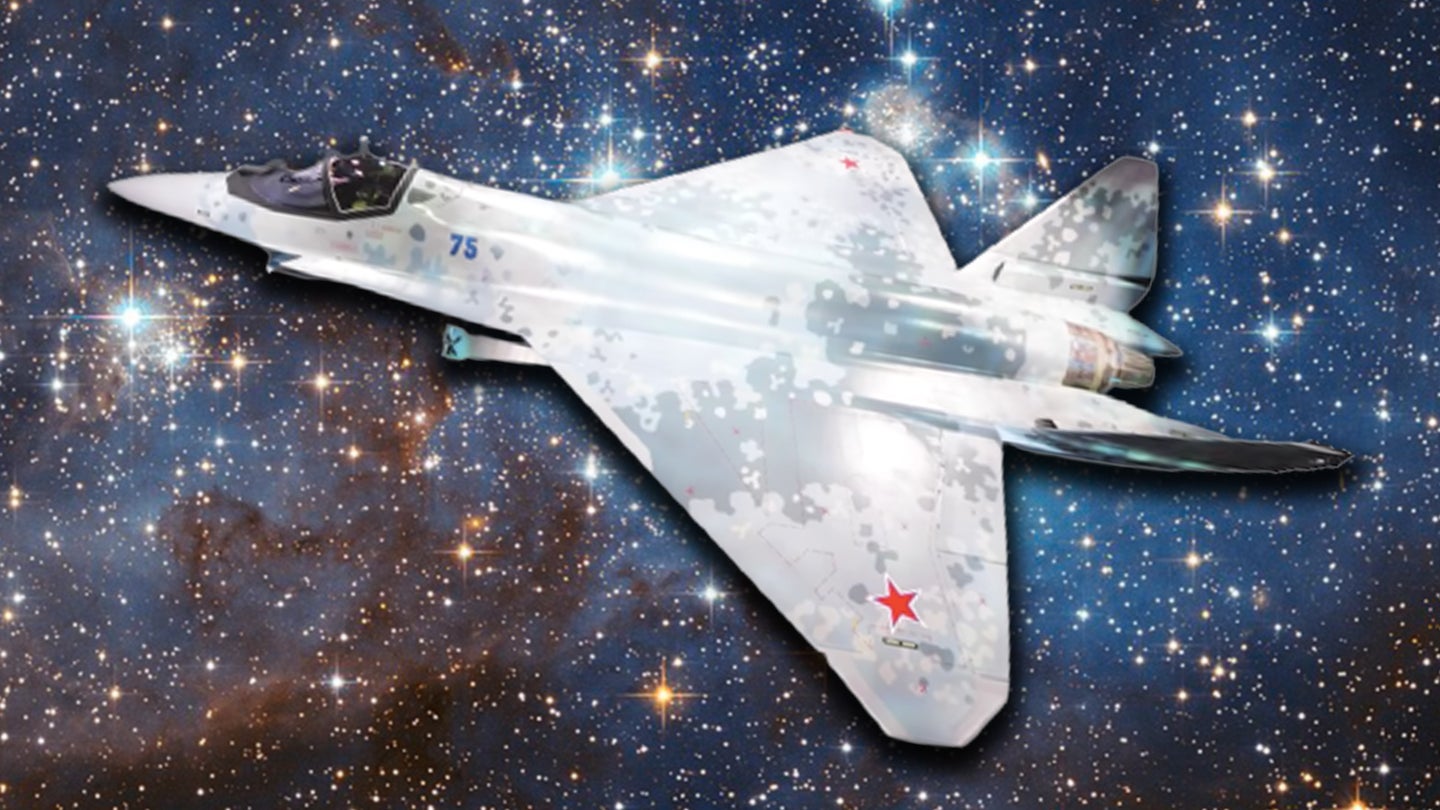 At over 670 million miles per hour, the speed of light is the ultimate speed limit: no object can outrun it. But, as Yakov Smirnoff might say: In Soviet Russia, speed of light does not outrun you, you outrun speed of light!

At least, that’s according to Wednesday’s edition of Fox & Friends, when anchor Jillian Mele said that an upcoming Russian fighter jet “can fly at a speed of almost twice the speed of light.”

Unless Fox News knows something the rest of us don’t, this was likely an error, and perhaps Mele meant to say “twice the speed of sound,” which many fighter jets are capable of achieving — and, as it happens, is included in an actual headline of a story about this exact aircraft.

But the reporter’s other hosts seemed unfazed by the claim that Russia had an aircraft capable of traveling at speeds on par with science fiction spacecraft. Instead, they were more astounded by the jet’s reported ability to be configured for unmanned flight — which is more believable than the idea that a Russian pilot could hit a button and jump to warp speed in the middle of a dogfight.

“Unpiloted, so you control it by a computer … just like a video game?” Fox & Friends host Steve Doocy asked the reporter.

“That boggles my mind, that thought,” she said, untroubled by her statement just moments before that a rival air force can bend the laws of physics.

The fighter in question is the Sukhoi Checkmate, a mock-up for which was formally unveiled on Tuesday at an international air show outside Moscow. The Checkmate is still in development and likely won’t take its first flight until 2023, but the unveiling on Tuesday marked the first time the world got to see what the fighter may look like. According to our friends at The War Zone, the air inlet on its belly looks a lot like the diverterless supersonic inlet (DSI) that was featured on the American YF-23 fighter, the F-22’s rival in the advanced tactical fighter jet competition about 30 years ago.

The Checkmate design appears to prioritize range and low-observable characteristics (a set of technologies that make the aircraft more difficult to detect on radar and other sensors) over maneuverability, explained The War Zone’s Thomas Newdick. The aircraft also features separate weapons bays for very-long range air-to-air missiles and smaller, close-range air-to-air missiles.

The manufacturers, Rostec and the United Aircraft Corporation, also claim the aircraft boasts a short takeoff and landing capability — not the same as the vertical landing capability of the F-35B — a range of up to 1,860 miles, combat radius of 930 miles, and a payload in excess of 15,000 pounds, The War Zone reported. The Associated Press reported that the jet can fly at 1.8 to 2 times the speed of sound.

The Checkmate’s first flight is planned to take place in 2023, The War Zone reported. After that, construction of pre-series prototypes is planned for 2024-25, with delivery of initial production examples as early as 2026-27.

The Fox News segment reported that the Checkmate can be configured in an “unpiloted” format, which might be a misnomer for “unmanned,” the word often used to describe remotely-piloted aircraft — what folks typically just call drones. Rostec claims “artificial intelligence support for the pilot’s work,” according to The War Zone, but it’s unclear what form that would take.

“Moreover, it seems unlikely that Russia is anywhere as far along as the various U.S. Air Force projects exploring developments in AI and autonomous flight, including ‘digital co-pilots,’” The War Zone wrote.

All of which is to say that, if the Sukhoi Checkmate were capable of flying at almost twice the speed of light, our friends at The War Zone probably would have picked up on it. But who knows? Maybe the Russians have something up their sleeve — and perhaps they are already colonizing distant star systems in the name of the Motherland.