Preschooler Suspended For Bringing An Empty .22 Shell To Class

Hunter Jackson, 4, was suspended from his Troy, Illinois, preschool March 20 for bringing the spent shell casing from a... 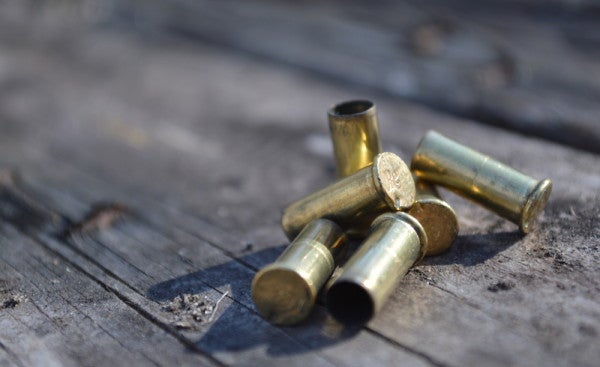 Hunter Jackson, 4, was suspended from his Troy, Illinois, preschool March 20 for bringing the spent shell casing from a .22 long rifle bullet to school to show his friends.

“I was met with a stone-faced teacher who said that my son had a shotgun bullet,” Hunter’s mother, Kristina Jackson, told Fox 2 Now. “I was horrified thinking, ‘Where could he have gotten this?’”

Hunter found the casing in a field while his grandfather, a local police officer, was teaching him about hunting and gun safety over the weekend, according to Jackson.

“He just picked it up, put it in his pocket and didn’t tell his parents,” Jackson said. “Had we known, we of course would have stopped it.”

According to Hunter’s school, this wasn’t the first incident in which his enthusiasm for firearms had gotten the best of him. “He has chosen to make guns out of other toys,” the school said in a letter to his parents, adding that “Hunter’s teachers have made multiple attempts to redirect these behaviors.” Jackson was told if Hunter’s enthusiasm for guns continued, he'd be permanently expelled, according to a post she put up on Facebook.

“It’s something that’s become quite an epidemic where guns are automatically assumed that they’re bad,” Jackson said. “I’m not sure how a seven-day suspension teaches my son anything about tolerance or anything about why he was wrong. It just means his school doesn’t want him there because of things he enjoys.”

In addition, the preschool’s vice-president emailed Jackson that he was notifying the Illinois Department of Children and Family Services of the incident.

Jackson does not know if she will continue sending Hunter to the school. “We knew we put him in a very liberal school,” she wrote in a subsequent Facebook post. “We have a problem with the extreme consequences.”