Afghan National Defense and Security Forces personnel carried out 33 insider attacks during the fourth quarter of 2019, resulting in 90 casualties, according to a new report from the Special Inspector General for Afghanistan Reconstruction 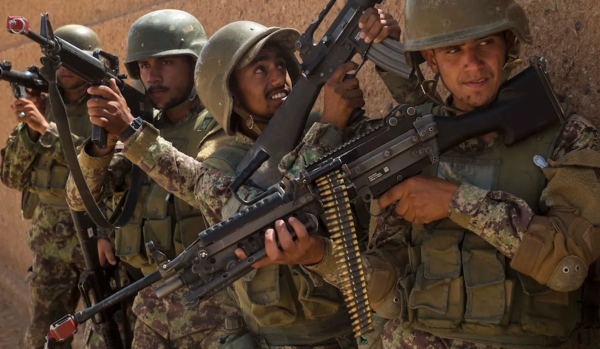 Members of Afghanistan's security forces turned their weapons on each other every four days on average during the closing months of 2019, according to a new report from the Special Inspector General for Afghanistan Reconstruction.

Afghan National Defense and Security Forces personnel carried out 33 insider attacks during the fourth quarter of 2019, resulting in 90 casualties, according to SIGAR's latest report to Congress on the status of reconstruction and security efforts in Afghanistan.

ADNSF personnel carried out a total of 82 insider attacks total in 2019, resulting in 172 deaths and 85 injuries, according to the report.

In one major incident, a Taliban infiltrator killed 23 Afghan National Army soldiers in their sleep at a military base in Afghanistan's Ghazni Province in December 2019, the New York Times reported.

While the SIGAR report does not include data on ANDSF casualties, the uptick in insider attacks coincides with a record increase in Taliban attacks on Afghan civilians and government security forces.

Both Taliban-led and insider attacks spiked following the breakdown of peace talks with the United States in September and the Afghan presidential election later that month.

This sustained violence and rising casualties among the ranks of Afghan forces “contributed to ANDSF attrition outpacing recruitment and retention,” according to a December 2019 report to Congress on security and stability in Afghanistan released this past January.

“The primary driver of attrition is the large number of soldiers who drop from rolls for being absent without leave (AWOL) for more than thirty consecutive days,” according to the report.

There are currently around 14,000 U.S. service members deployed to Afghanistan.