""There is no one thing we can do to solve this," Col. Derek O'Malley, 20th Fighter Wing commander, said on a Facebook post. "But there are thousands of things we can do that will help" 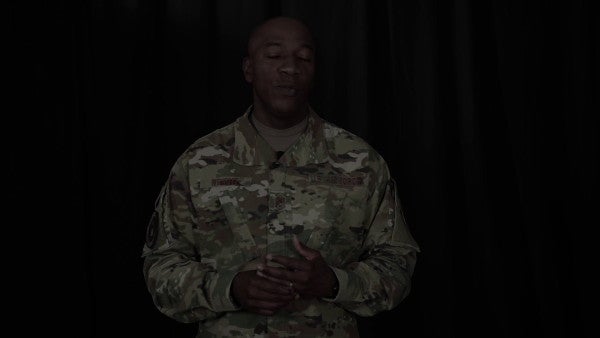 For the fifth time since May, Shaw Air Force Base is mourning the death of one of its airmen. The most recent death is the third suicide, the Sumter County Coroner's Office confirmed Thursday.

“We lost another airman yesterday. Here we are again. I can't believe it,” Col. Derek O'Malley, 20th Fighter Wing commander, said on a Facebook post. “… We lost another one of our own.”

The body of 2nd Lt. Christopher James Rhoton was found in his home Tuesday, Coroner Robbie Baker said in an interview with The State.

Rhoton served in the 20th Aircraft Maintenance Squadron at the base in Sumter County, the Sumter Item reported.

After performing an autopsy Thursday morning, Baker confirmed the death was a suicide. It is the most recent suicide of a Shaw airman in a little more than three months.

In May, another Shaw Air Force Base airman was found dead in a hotel room from a self-inflicted wound, the Sumter County coroner told The State.

Two other airmen have died in recent months.

Six days earlier, Senior Airman Amalia Joseph died of “health complications,” after being taken to an area hospital, the Air Force said in the news release, reported by The State.

O'Malley said Joseph and Hall suffered the fatal health complications “after the completion of two separate official Air Force physical fitness assessments,” according to The State.

In June, O'Malley said base officials were “exploring every possibility to get the answers we need to prevent this from happening again.”

“We're not going to solve this by talking. Those words have to translate into action,” O'Malley said. “There is no one thing we can do to solve this. But there are thousands of things we can do that will help. That's where I want us to focus.”

O'Malley was referring to an upcoming resiliency day to focus on the “well-being of the airmen,” that includes the participation of Shaw, and all Air Force bases, WIS reported.

“So in the days to come, let's have a productive dialogue and let's be kind, truly kind,” O'Malley said. “And remember once and for all, that we are on the same team.”

Suicide is the leading cause of death among airmen over the past five years, according to Air Force Times. As of Aug. 1, the Air Force reported 78 airman suicides in 2019, according to the news outlet.

“”We lose more airmen to suicide than any other single enemy — even more than combat,” said Kaleth Wright, Chief Master Sergeant of the Air Force, according to Air Force Times.