William Langewiesche is one of the best writers working today. He did the strongest reporting on what went on at... 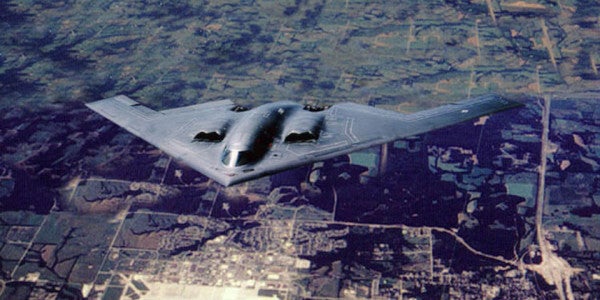 William Langewiesche is one of the best writers working today. He did the strongest reporting on what went on at the 9/11 site in New York City after the attacks. He’s also a professional pilot, which brings an extra level of understanding to his reporting on the U.S. Air Force. So when he travels to Whiteman Air Force Base, just outside Knob Noster, Missouri, to write about B-2 Spirit bombers, I pay attention.

He begins by describing the odd-looking aircraft sitting “in the privacy of their bespoke, climate-controlled, single-occupancy hangars.” (As I read that, I thought, Wow, I’ve been in one of those hangars, had the same information in hand and it didn’t occur to me to write that description. FWIW, here is a feature article I wrote about B-2s bombing Serbia. As I recall, I reported it on a Friday, drafted it on Saturday on the commercial flight back to DC, filed it on Sunday morning, and it ran on Monday.)

But Langewiesche seems to have ridden along for the entire 33-hour mission—to my knowledge, a first in a B-2 in combat. Near a militia’s camp in Libya, “The B-2s did not lurch when the bombs were released. A slight vibration could be felt when the bomb-bay doors opened, but that was all.” The whole article has that kind of understated, quiet feel, very appropriate to a B-2.

That said, I liked the ending of my article more. In that, I quoted a wife of a B-2 pilot who told me that over the previous month she had memorized part of Psalm 91: “He that dwelleth in the secret place of the most High shall abide under the shadow of the Almighty.”