“I can’t just sit alone at home — that would drive me up the wall. … I just try to do what I can and try to be as safe as I can and keep going.” 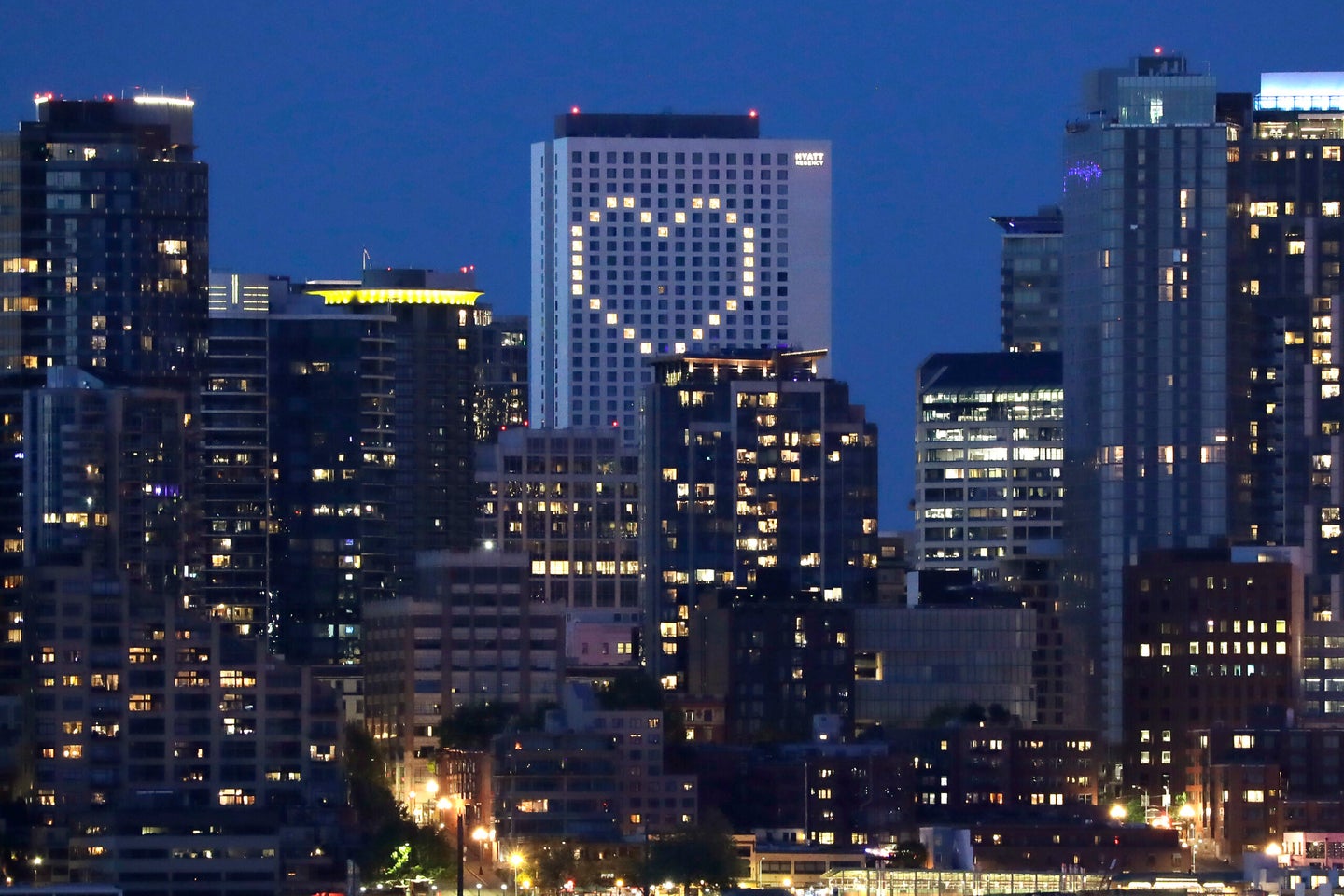 Bob Shaw was behind the welcome desk at the St. Martin de Porres shelter a few weeks ago when a 65-year-old guest fell and hit his head, hard.

“Blood was coming out of his head like water,” Shaw said. “It just came back to me.”

All of a sudden, Shaw’s head was back in Vietnam.

Shaw, 80, served in the U.S. Army as a staff sergeant and was stationed in Vietnam from 1967-’69. He was headquartered in and around Long Binh Post during the Tet Offensive, one of the bloodiest campaigns of the war. He’s seen things he says continue to haunt him.

Half a century later, Shaw is on the front lines of a very different battle. Disabled from prostate cancer he says was a side effect of exposure to Agent Orange, Shaw is retired.

He and the staff have borne the brunt of the novel coronavirus’ assault on local shelters: CCS’ three largest shelters in Seattle have had the largest clusters of cases, with nearly 100 at the three combined.

And Shaw, who turned 80 last month, is in more danger than most: Even though cases among people older than 80 make up only about 9% of confirmed coronavirus cases in Washington, more than half of all deaths are among people 80 and older, according to state data.

All CCS’ other volunteers have gone home, helping by preparing food or organizing donations. Shaw’s family have asked him to consider lessening his hours, but he hasn’t. He’s been volunteering seven days a week, picking up food, moving mattresses to new shelter sites, taking people to doctors’ appointments, and doing whatever he can.

“That’s what the man upstairs would want for me,” Shaw said. “I can’t just sit alone at home — that would drive me up the wall. … I just try to do what I can and try to be as safe as I can and keep going.”

But there’s another reason Shaw gets up every day and goes to help homeless people — and the reason lies back in Vietnam.

“We didn’t hear them scream or anything”

Shaw returned to America in 1969 a much different man than when he’d left. He landed in Alameda County, California, carrying photos of bodies blown apart by satchel charges, and memories of bulldozers pushing dead Viet Cong fighters and their civilian shields into the same mass graves, he says.

He was dressed in civilian clothes and had hidden his uniform; on a layover in St. Louis, he says he was attacked by anti-war protesters. When airport security chased them off, they told him not to wear it.

“When I got home, my sister told me, the less people know about you being in Vietnam, the better,” Shaw said. “A lot of the stuff I had to hold inside of me.”

That worked for years. Shaw transitioned into post-military life, working as a repo man, a truck driver and then a tugboat pilot.

But more than a decade after his return, Shaw and his wife, Linda, were driving when Shaw started crying, out of nowhere.

“It was just really scary,” Linda Shaw said. “Bob’s really a strong type of guy. All of a sudden he’s crying. And he goes, ‘I don’t know why I’m crying.’ ”

It started happening once a week, Shaw said. And then, soon, it was a couple times a week. Mysterious things would trigger it; Linda Shaw said once, Bob saw a policeman and began crying.

Seeing parents and children would trigger it; they reminded Shaw of the Long Binh ammunition dump in Vietnam, where he was assigned to the fire department. Shaw says one day, he and his team lit a controlled burn of an overgrown shrine near the berm, only to find after the blaze settled that two children — a boy and a girl — had been hiding inside, perhaps to steal ammo and sell it to the Viet Cong.

“We didn’t hear them scream or anything,” Shaw said. “That still bothers me, when I see a parent hugging her kid.”

Shaw eventually went to see a psychiatrist and got involved in a Black veterans’ support group. As a group activity, they would sometimes volunteer at the St. Martin de Porres shelter. Many of the men there, who are over 50, were veterans like him.

That’s how Shaw first got exposed to life in a shelter, 17 years ago. He’s been volunteering ever since.

“I got to where I know just about everybody here, and they know me, and they’ll talk to me,” Shaw said. “A veteran will talk to another veteran about problems, whereas they won’t just talk to anybody else. It makes me feel good to know that I can help somebody, and it helps with my post-traumatic stress.”

Shaw’s been volunteering there longer than many of the staff, including the shelter’s director, Jennifer Newman.

“This is a part of him now,” Newman said.

When Zafu Aragai, a Catholic Community Services’ case manager, first met him on the second week of her job, she thought he was staff.

“He was very friendly and very outgoing and liked to greet everybody and know everybody,” Aragai said. When she had a problem procuring furniture for men moving off the streets, Shaw managed to get some from the base at Joint Base Lewis-McChord.

Starting eight years ago, Shaw took it on himself to fix Thanksgiving dinner for the men in St. Martin de Porres shelter with the help of a few other volunteers, cooking 24 turkeys, a four-day undertaking each year. On Christmas, he makes the men shepherd’s pie.

But as much as he helped before, when COVID-19 hit Shaw became indispensable, according to Newman. In mid-March, as it became increasingly evident that Seattle’s crowded shelters were susceptible to the spread of COVID-19, CCS staff at St. Martin de Porres were told by the county that they needed to move 100 men into new space on Airport Way.

In 24 hours, Shaw and the staff moved 100 mats, 200 blankets, and set up everything needed to open a makeshift shelter.

“Bob did all of those deliveries,” Newman said. “We would not have been able to open that in the time frame that we did without his help.”

At the beginning of April, Newman asked any volunteers who were still coming in to help from their homes instead.

But Shaw insisted on staying.

“I’ve had to talk to him more than once about maybe not coming in so much — that the risk he’s putting himself in scares me, but he says this is where he wants to be, and he’s being careful, and he couldn’t imagine himself not being a part of it,” Newman said. “He wears a mask everywhere, he washes his hands constantly, he even carries bleach in the vehicles to wipe the steering wheel down.”

Shaw is mostly a delivery man now, picking up food every week at Food Lifeline, dropping off excess donations at other shelters, transporting documents for shelter-stayers, or whatever he’s needed for.

But what Shaw realizes, more than anything, is that he needs this too.

“I could have been where a lot of these guys are, here, right now. But I had people that believed in me, and just gave me encouragement,” Shaw said. “And I think I turned out pretty good.”