No, the US didn’t bomb 50,000 Chinese troops as they tried to invade Maine 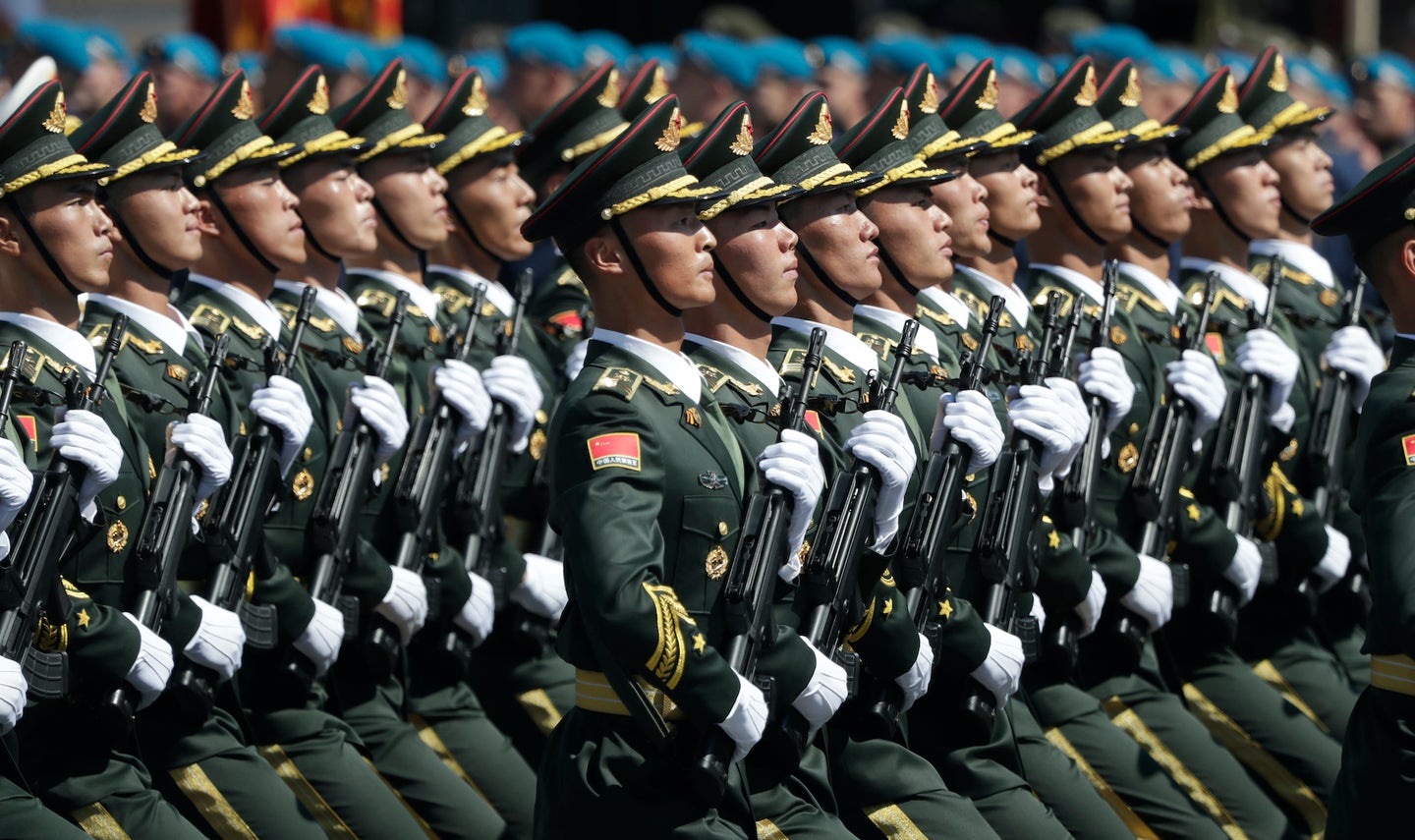 Soldiers from China's People's Liberation Army march toward Red Square during the Victory Day military parade marking the 75th anniversary of the Nazi defeat in Moscow, Russia, Wednesday, June 24, 2020. The Victory Day parade normally is held on May 9, the nation's most important secular holiday, but this year it was postponed due to the coronavirus pandemic. (AP Photo/Pavel Golovkin, Pool).
SHARE

Every evolution of American politics gets the conspiracy theories it deserves. During the administration of President George W. Bush, an alarming number of Americans believed that the September 11th attacks were an inside job; during President Barack Obama’s time in office, others maintained that the commander-in-chief was actually a Muslim terrorist and domestic military exercises like the vaguely-sinister-sounding Jade Helm were actually preludes to martial law.

Under the presidency of Donald Trump, the dominant conspiracy theory is known as ‘QAnon,’ the gist of which is that Trump is secretly waging a campaign against a global network of elite pedophiles while a “storm” of revelations about the nefarious role of Democrats and deep state operatives in undermining the United States is on the horizon — all of which is becoming public knowledge thanks to a gaggle of keyboard detectives following the “bread crumbs” of intel from “Q,” an anonymous poster who claims high-level security clearance and prophetic insights into America’s coming apocalypse.

All of this is to say: when a bunch of random people on Twitter start claiming that China has launched a military invasion of the United States through Maine, it is both deeply alarming and totally unsurprising that some people might take them seriously.

Here’s how the latest outgrowth of the QAnon conspiracy goes, according to assorted kooks on social media: A small earthquake that struck Maine on Dec. 8 wasn’t, in fact, an earthquake but the result of nearly 50,000 Chinese soldiers entering the United States at the U.S.-Canadian border only to be eliminated by “anti-personnel bombs” — but not before a U.S. F-16 was shot down over Michigan. Some conspiratorial social media users reportedly circulated photos of mobile howitzers being transported by train across the state as evidence of a U.S. military response to a purported Chinese incursion.

In reality, not a single Chinese soldier has invaded the United States, and the earthquake was in fact just a mild quake. Indeed, Maine National Guard officials reached by Task & Purpose immediately dispelled rumors of an imminent Chinese invasion.

“The Maine National Guard has no knowledge of any such troop movement or military action, and would undoubtedly have been made aware through military or emergency management channels if such a significant event were to occur in the state of Maine,” Maj. Carl Lamb told Task & Purpose in a statement on Wednesday. “In addition to constantly maintaining a ready force, our focus right now is assisting our fellow citizens by responding to requests from Maine Emergency Management Agency and Maine CDC in response to COVID-19.”

Lamb also addressed the circulation of imagery of several mobile howitzers being moved by rail in Maine for an alleged “combat operation” against Chinese forces.

“The imagery is from October of this past year and the equipment was actually being moved out of Maine,” Lamb said. “The howitzers had been stored under a legacy contract between the federal government and Maine Military Authority. While MMA ceased refurbishing operations in 2018, they still continued to manage and oversee this storage contract. Recently, the federal government decided to move the howitzers out of Maine. MMA was contracted to deliver the equipment to Presque Isle, Maine for transport by rail to their final destination.”

As for the F-16 incident, the aircraft, which belonged to the Wisconsin Air National Guard’s 115th Fighter Wing, crashed down during a routine training mission on Dec. 8, killing pilot Capt. Durwood “Hawk” Jones in the process — and when reached for comment, the wing declined to even entertain notions that this was somehow part of an effort to repel Chinese invaders at the northern border.

“Right now, we are focusing on supporting Capt. Jones’ family and our Wing as we lost a hero and a true patriot,” Capt. Leslie Westmont, a 115th Fighter Wing public affairs officer, told Military Times. “Additionally, we are doing everything possible to assist and support the ongoing investigation.”

But that didn’t stop conspiracy-minded Americans from amplifying these batshit insane claims. Indeed, New Jersey radio host Hal Turner took to the airwaves the night of the quake to argue that the U.S. had dropped a 30,000-pound bunker-buster on a secret underground Chinese facility that was serving as a staging ground for an imminent invasion.

“Ladies and gentlemen, we got real trouble,” Turner stated. “I am the only media outlet reporting this.” (As the Lewiston Sun-Journal points out, Turner has major credibility issues stemming from a 2010 conviction over threatening several federal judges.)

These conspiracy theories aren’t just an information nuisance or the type of mind-clutter that turns rational Americans into totally insane devotees of misinformation. As our friends at Military Times point out, these sort of rumors can actually threaten national security if allowed to proliferate unchecked.

“This is in a sense information warfare. This is something we usually deal with from adversaries. And who knows? Some of this may be generated by our adversaries,” David Lapan, a retired Marine colonel, told Military Times. “Even if our adversaries didn’t start these rumors, I am sure they are joyfully watching things like that spread to create division and conflict.”

Despite the promulgation of the Chinese invasion theory, it seems unlikely that many Americans will actually flood the streets for an updated reenactment of Red Dawn. Nonetheless, conspiracy theories like these are poised to become an American pastime on par with baseball and apple pie — and the more time the U.S. military has to spend swatting them down, the less time it has to prepare for the real wars of the future.

In the meantime, we go live to the border of Canada and Maine:

Related: These generals are living proof that you don’t need to be smart to get stars on your collar