The White House is in talks with the Pentagon about how the military can be deployed to deal with the fast-moving coronavirus, U.S. officials said on Tuesday, including setting up field hospitals in states with a surge in cases 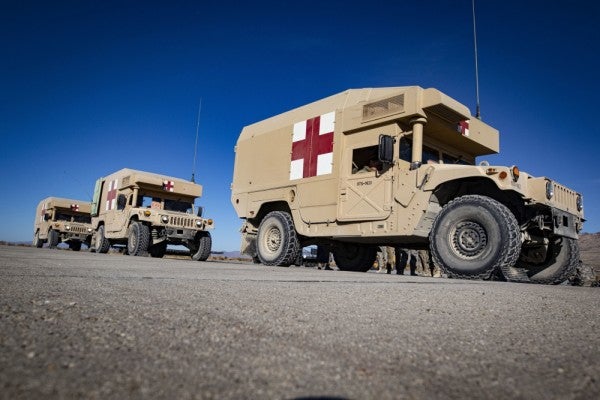 The White House is in talks with the Pentagon about how the military can be deployed to deal with the fast-moving coronavirus, U.S. officials said on Tuesday, including setting up field hospitals in states with a surge in cases.

Such units can be deployed very quickly at governors' requests, Pence said, adding that he has been in talks with Washington state Governor Jay Inslee. Pence said the military could also provide medial supplies for the national reserves.

“The Army Corp of Engineers is ready, willing and able. We have to give them the go-ahead if we find that it's going to be necessary,” President Donald Trump said during the same briefing.

“We think we can have quite a few units up very rapidly,” he said, adding that he would work with the governors of New York and California.

In a New York times op-ed on Sunday, New York Governor Andrew Cuomo called on Trump to use the Army Corps of Engineers to build more medical facilities.

While the military has said it is willing to help, the Pentagon earlier appeared to play down the impact its resources could have in helping deal with coronavirus.

“What we're trying to be very careful about is not over-promising. You know, we want be factual about what we have,” Brigadier General Paul Friedrichs, Joint Staff surgeon, said during a press briefing at the Pentagon on Monday.

Friedrichs said that while the military had deployable hospitals, they were designed to take care of trauma patients and combat casualties.

“We don't have any 500 bed hospitals designed for infectious disease outbreaks. That does not exist,” he added.

The Pentagon also appears unlikely to volunteer a hospital ship to treat coronavirus patients directly, given the concerns about introducing the virus aboard a vessel that was primarily designed to treat trauma patients.

But perhaps a hospital ship could be used to free up strained medical staff. Friedrichs left open the possibility that such ships could potentially complement a coastal city's capability to deal with emergency room support or trauma support in a crisis.