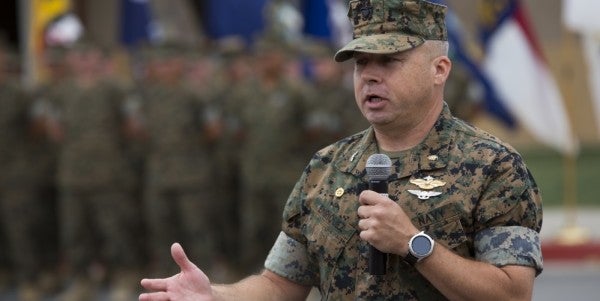 Marine Brig. Gen. Jason Morris, head of U.S. Marine Corps Training Command, relieved Enriquez on Monday because Morris “lost confidence in his ability to perform his duties,” said Angela Steadman, a spokeswoman for the Navy’s Bureau of Medicine and Surgery.

Steadman did not have any information about the ongoing investigation into Enriquez.

Enriquez enlisted in the Navy in 1989 and became a corpsman, later deploying in support of Operation Desert Storm with 3rd Battalion, 9th Marines, according to his official biography. He received his commission in 1999 and went on to deploy in 2004 as the deputy surgeon for the Combined Joint Task Force – Horn of Africa.