The U.S. military may not be too keen on TikTok, but that hasn't stopped certain members of the Finnish Defense Forces from embracing it with gusto 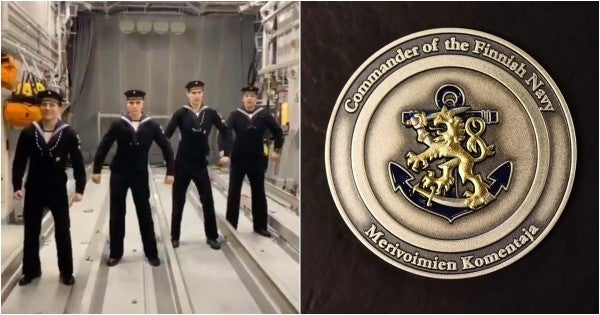 The U.S. military may not betoo keen on TikTok, but that hasn't stopped certain members of the Finnish Defense Forces from embracing it with gusto.

In mid-November, a short video featuring a quartet of Finnish Navy sailors rocking out with their best impressions of Mickey Mouse and his family went viral on the Chinese social media app, racking up millions of views there and elsewhere across the Internet.

According to the Finnish newspaper Ilta-Sanomat, the Finnish navy actually considered investigating the video to determine whether the sailors endangered operational security by shooting inside an active-duty vessel.

Luckily, the navy “decided that there was no need for a preliminary investigation,” Ilta-Sanomat reports, citing Finnish navy spokesman Markus Malila. “The conscripts have been spoken to and reminded of the Defense Forces' security. From the navy's point of view, the issue has been resolved.”

Apparently the navy's brief inquiry wasn't the end of it: Commander of the Finnish Navy Adm. Jori Harju felt compelled to hand over a challenge coin as an informal affirmation of the sailors while they were performing their duties this week.

“The Commander handed over the Navy Commander's coin to