A federal judge denied a motion for acquittal or a new trial for the former president of a veterans charity who was convicted last year of crimes related to spending the nonprofit's money on jewelry, shopping and other personal expenses 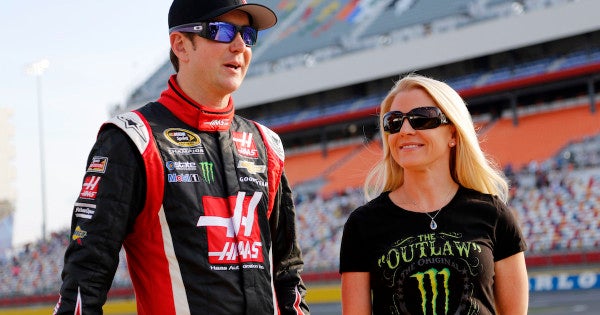 A federal judge denied a motion for acquittal or a new trial for the former president of a veterans charity who was convicted last year of crimes related to spending the nonprofit's money on jewelry, shopping and other personal expenses.

Driscoll resigned from it in July 2015 amid a scandal involving misuse of its funds.

She was supposed to be sentenced in March but that was delayed by the motion she filed in December for acquittal or a new trial. She argued that the evidence against her was weak and that there were trial errors and government misconduct during her criminal investigation.

“The government's extensive pre-trial presentation included evidence from which a reasonable juror could have found each element of wire fraud, first degree fraud, and tax evasion beyond a reasonable doubt,” the order said.

As for her arguments that misconduct by an IRS special agent during the investigation warrants a new trial and the court's jury instructions were coercive, “neither argument is persuasive,” Leon wrote in his opinion.

A new date for sentencing had not been set as of Thursday, according to court records.

Brian W. Stolarz, an Alexandria, Virginia-based attorney who is representing Driscoll said she remains free on her own recognizance and she intends to file an appeal after sentencing.

“The government's conduct in this case remains shocking, and Ms. Driscoll looks forward to pursuing her appeal,” Stolarz said.

Driscoll, who faces decades in prison, has denied wrongdoing.

Both Duncan and Margaret Hunter have pleaded not guilty to all counts. Their trial is scheduled for September.

Neither the elder nor the younger Duncan Hunter responded to a request for comment when the Union-Tribune covered Driscoll's conviction last November.

In a February 2017, the elder Duncan Hunter said that Driscoll seemed to have a “real heart” for vets and was a productive fundraiser for the foundation.

He added that when he reviewed the nonprofit's books in 2011, he did not see any misspending. He did suggest that the veterans nonprofit hold down administrative salaries, he said.

Driscoll was indicted in September 2016 on eight felony counts, court records show. Three of those charges were dismissed before the trial concluded.

Shortly after Driscoll was indicted, the Armed Forces Foundation announced it was suspending operations and planned to shut down.

Driscoll's suspect spending of charity money included more than $65,000 in legal fees related to her accusations of domestic violence against her ex-boyfriend, NASCAR driver Kurt Busch, in 2014, according to court records.

Driscoll had sought a temporary restraining order against Busch, leading to a court hearing in which Busch testified under oath that he believed Driscoll was a paid assassin. Prosecutors did not charge Busch with a crime, citing insufficient evidence.

During their relationship, Busch and Driscoll promoted the Armed Forces Foundation together at various events.

The charity's relationship with NASCAR drew the attention of an investigative reporter for Kickin' the Tires, a website that covers stock car racing. The news site obtained foundation records that raised questions about Driscoll's handling of the funds and published its findings in a news article in 2016.

Part of Driscoll's argument for a new trial said the government had improperly relied on another news article — a June 12, 2015, article published by ESPN about the FBI and the IRS investigating Driscoll's handling of the charity's money — as evidence that Driscoll had sufficient notice of the government's criminal investigation when she testified during a child custody hearing about financial issues at the nonprofit.

If Driscoll had actually been sufficiently notified of the investigation, the child custody judge might have gotten Driscoll criminal counsel before she testified, Driscoll argued in her court filing.

The child custody judge also might have sealed the courtroom and kept the transcript private, had he known an IRS special agent was attending the hearing , Driscoll argued in the motion. The judge never had the opportunity to do so because the IRS agent misrepresented his identity as a member of the public when questioned by Driscoll and court staff, the filing states.

In his order denying Driscoll's request for acquittal or a new trial, Leon said the IRS agent's conduct was “far from exemplary” but the actions were disclosed during trial and Driscoll, through her attorney, was given an opportunity to make a case to the jury about the extent to which the agent's conduct was relevant to the question of whether she violated the law.

“Having had that opportunity, Driscoll's arguments about (the agent's) conduct are not a basis now to set the verdict aside,” Leon wrote in his opinion.

Along with government misconduct, Driscoll argued that she was entitled to a new trial because the court gave “coercive” jury instructions. Leon disagreed, saying the instruction was proper and the jury had ample evidence for its verdict.

Driscoll's argument for acquittal “rehashes the case she presented at trial,” which the jury rejected on a sound basis, Leon wrote in his opinion.

A status conference in Driscoll's case was scheduled for May 10 in U.S. District Court, District of Columbia.

SEE ALSO: These Veterans Charities Aren't Real, But Goddammit They Should Be